DIY abortion measures to be dropped

After nearly two years, the government has finally announced an end to its DIY abortion scheme.

In a written statement made on behalf of the Department of Health and Social Care, Maggie Throup MP, Minister for Vaccines and Public Health, said:

However, she conceded that “this measure will be kept under review.”

A return to the previous measures would mean that women would need to book an appointment at a clinic, where an in-person consultation would be necessary before the first abortion pill is administered. Women would be allowed to take the second abortion pill at home.

Speaking to the Telegraph, one Whitehall source commented: “As we move away from measures we took to get through Covid it’s right that we make a safe return to the policy that was in place pre-pandemic.”

Since the measures were introduced in March 2020, abortion rates have reached their highest rate, with an estimated 200,000 women having used the pills-by-post scheme.

‘Government must stand behind this decision’

Andrea Williams, chief executive of Christian Concern, which has been at the forefront of campaigning against this dangerous scheme, commented: “We welcome the government’s decision to finally reverse its emergency authorisation for at-home abortion.

“The policy was put in place after a double U-turn from the government during the chaos of the first lockdown. Ministers at the time told parliament they would not allow at-home abortions, warning of the dangers the policy would cause to women. Their fears were entirely founded, though abortion providers have done all they can to whitewash its appalling safety record.

“Christian Concern was at the centre of challenging the policy from the beginning. Our legal case exposed the behaviour of the abortion lobby as they sought to use the crisis to bring about their long-term aim to allow pills-by-post abortions.

“The mystery client investigation we commissioned demonstrated that abortion providers’ telemedicine schemes were wide open to abuse. With our colleagues in the Care for Women group, we exposed the true healthcare data demonstrating Pills by Post is not as safe as abortion activists claimed.

“The government needs to stand behind this decision with confidence over the next six months as the abortion lobby does everything it can to reverse the decision again.” 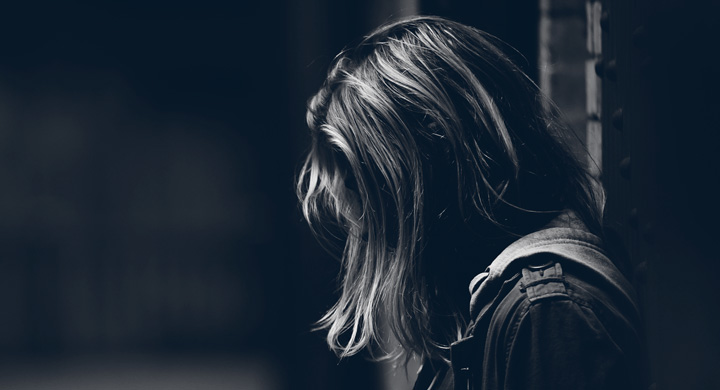 However, despite coming under the same health laws as the English government, the Welsh Assembly has decided to make the measures permanent.

Welsh Health Minister Eluned Morgan told the BBC, “this is a progressive step which demonstrates the Welsh government’s commitment to supporting women. … I am satisfied that the arrangements are safe and bring significant benefits to women and girls who wish to access abortion services, with reduced waiting times enabling them to access the help they need more quickly than would have been possible under the previous arrangements.”

This is almost a direct contradiction of the statement from the central Department of Health and Social Care, which has chosen to reverse the measures, stating, “The wellbeing and safety of women requiring access to abortion services has been, and will continue to be, our first and foremost priority.”

Time and again, the safety of these measures has come into question, with a wealth of evidence showing the service to be a risk to women’s safety and wellbeing.

On 30 March 2020, after a double U-turn by now former health secretary Matt Hancock, the government allowed a woman’s home to become a place for unsupervised medical abortion, despite assurances from both chambers of Parliament that abortion rules would not be changed, and raising safeguarding concerns for the safety of women.

Christian Concern launched a legal challenge to the government’s decision to introduce the scheme, with lawyers arguing that this approval, which happened without parliamentary scrutiny, exceeded government powers and undermined the legislative purpose of the Abortion Act 1967.

The relaxed rules, which the government said would be ‘temporary’, have allowed powerful abortion pills to be mailed to women who were, in theory, up to ten weeks pregnant after a telephone consultation, rather than having to go to a clinic.

Prior to this approval, it was necessary for a woman’s eligibility for early medical abortion at-home to be assessed professionally by an authorised service provider during a clinic visit; this assessment routinely included the use of an ultrasound scan to confirm the gestational age of the pregnancy as well as other safeguarding measures.

The approval placed the assessment for how many weeks a woman is pregnant solely on the woman’s accurate and honest recall of the first day of her last menstrual cycle and self-assessment of her medical history.

The reality of the approval, however, has been exposed by a mystery shopper investigation of the telemedicine service, commissioned by Christian Concern, which found abortion providers sending out pills without safety checks to woman significantly over the 10 week pregnancy legal threshold.

Data released by the Care Quality Commission (CQC) has revealed multiple serious incidents, including four women being allowed by providers to have traumatic abortions more than 24 weeks into their pregnancies – 14 weeks beyond the legal limit for early medical abortion.

An NHS email leak revealed concerns from a senior midwife of the “escalating risks around the Pills by Post service,” which included reports of women dying following abortion.

Furthermore, Freedom of Information requests have revealed a surge in women having to call 999 following post-abortion complications. Data has also revealed over 10,000 cases of women needing treatment for retained products of conception since the service began, with 1 in 17 women using the service ending up in hospital following serious complications from taking the pills.

A Savanta ComRes poll has shown 86% of GPs are concerned about the risk of women being coerced into having an abortion and the potential for having a medical abortion past the legal limit of ten weeks into gestation.

Christian Concern’s prior application to the ECHR also details the ‘intimate’ and ‘unfettered access’ abortion providers have to civil servants in the Department for Health and Social Care (DHSC), allowing them to shape government policy.

It was found, for example, that civil servants such as Imogen Stephens, who played a key role in influencing ministers to approve the service in March 2020, and who provided a witness statement to the High Court to justify the government’s actions, worked concurrently with the DHSC and for abortion provider Marie Stopes UK.

Many women affected by the service have spoken of the devastating impact on their lives.

One woman, Kirsty, has said:

“I was rushed through process over the phone. It was all about where to send the pills to as I was close to being 10 weeks pregnant. I wanted a scan and to know whether the procedure would be safe. I thought I would have to go to hospital but was told I had to do it at home.

“I wish on the one call that I had that they would have been more compassionate and checked if I was sure I wanted to do it. I didn’t want to do it, but I was in a controlling and manipulative relationship.

“The home abortion is made to think you are doing it in the comfort of your own home. But instead, you have the memory of what you have done in your own home forever. My home is no longer my happy safe space, it is the place where I took away my child.”

Similarly, ‘Sophie’, who also went through an abortion during lockdown, spoke of her concerns about the pills-by-post scheme: “I don’t think anybody in the world would think it was acceptable in our healthcare system to say to women when they were miscarrying at home, ‘stay at home, go through this alone, you’re not going to have any medical checks, you can’t go to A&E to get checked, we’re not going to follow up…’ We know that’s not acceptable. And I’m horrified, I cannot understand how that can be possible for an abortion. I’m shocked that we’re giving women pills without any checks, forcing them to have a miscarriage on their own. Because that’s exactly what an abortion is – a forced miscarriage.”

Since the service began, more than 200,000 pregnant women, like Kirsty, across England and Wales have self-managed their medical abortion at home.

In February 2021, the government finished consulting on whether to make the DIY home abortion service permanent, but is still yet to publish its findings.