The Welsh Government has announced that it is taking legal advice on banning ‘LGBTQ+ conversion therapy’ in Wales, in reaction to Westminster deciding not to criminalise therapy for gender identity confusion. This has received widespread and uncritical reporting from the press. The important question is, can the Welsh Government actually do what it wants to do or not?

No clear evidence of ‘conversion therapy’ happening in Wales

The Welsh Government has admitted under Freedom of Information law that it does not collect data on ‘conversion therapy’ in Wales. The same is true of numerous Welsh NHS bodies.

The Welsh Government admits that it is relying on the UK government LGBT Survey of 2017, which did not provide a definition of ‘conversion therapy’. This means that the responses by people claiming to have ‘undergone conversion therapy’ are meaningless.

NHS Wales has this week signed the existing professional ban on ‘conversion therapy’.

Welsh therapists and counsellors, whether they work for the NHS or privately, are already bound by the Memorandum of Understanding on Conversion Therapy (MOU) due to their professional bodies having signed it since 2015. This left Welsh psychiatrists in an anomalous situation, whereby they were bound by the MOU via the Royal College of Psychiatrists, but not as employees of NHS Wales.

NHS Wales had not signed any of the previous versions of the Memorandum of Understanding on Conversion Therapy from 2015 onwards. It is likely that this is due to Welsh psychiatrists opposing the introduction of a gender identity clinic in Wales. Wales only got its first clinic in 2019. Since then transgender lobbyists have been promoted inside NHS Wales and the Welsh Government.

The effect of getting NHS Wales to sign the MOU is to silence and marginalise psychiatrists who disapprove of gender reassignment and those who are concerned about transgender regret and de-transitioners.

Whilst the Cass Interim Report is of mixed value and arguably flawed (as I wrote previously), it has served to highlight serious concerns about gender reassignment for adolescents. The fact that Sajid Javid now wants an inquiry on top of this shows how things are seen within wider government circles.

In the meantime, evidence is now surfacing that gender reassignment for women to ‘become men’ may ultimately trigger young-onset dementia. This is because removal of the ovaries automatically triggers early menopause in young women, and this can trigger young-onset dementia. This is not healthcare; it is destruction of the body and the mind in the name of a dangerous ideology.

In continuing to push for a full LGBT conversion therapy ban, the Welsh Government is effectively cementing support for gender reassignment for young people, which is now rightly coming under international scrutiny.

Hint at ban on ‘conversion practices’

Lack of solid evidence for conversion therapy in Wales is not deterring the Welsh Government. Instead it plans a campaign to re-educate the public:

How can the ineffectiveness of something that isn’t defined and arguably isn’t happening be proven?

The key here is the term ‘the practice of conversion therapy’, which has been used in the MOU and the UK government consultation to shift towards the language of “banning conversion practices.” This would affect all kinds of religious activity and also affect parental rights, teachers, social workers, etc. 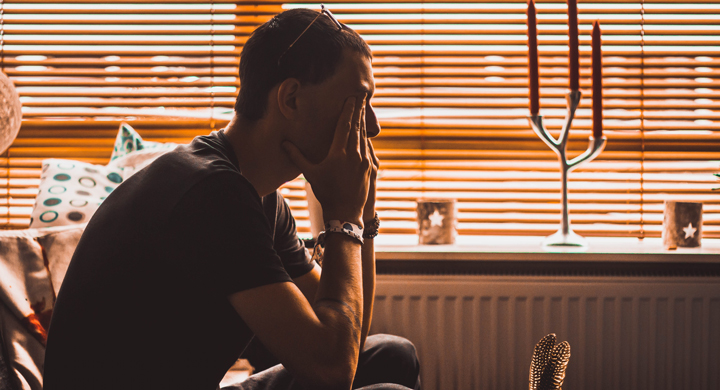 Shift from promised dialogue to rule by experts

Back in September 2021 the Welsh Government said it would initiate a dialogue with faith groups on the ban. This never happened. Now it has announced that it will establish a group of experts to push it.

“Alongside this, work will be undertaken to better understand the impact of conversion ‘therapy’ on survivors to enable support services to be improved and we will establish a working group of experts, to include representatives from faith communities; the health and social care sector; and children and young people’s representatives, alongside LGBTQ+ people to help with this work and advise on key elements as a ban is developed.”

In other words, this group of experts, reminiscent of the class of guardians of society in Plato’s Republic, will include ‘experts’ (LGBT allies in academia and third sector bodies), LGBT-affirming church pastors, activists in the NHS and social services, and young adult activists representing ‘LGBT children’.

Who will represent children and adolescents?

Related to this is that the Impact Assessment did not deal with parental concerns about a ban. Nothing in this week’s announcement has made things better in this respect. This means that ‘experts’ are teaming up with radical children’s rights activists to undermine parents.

No powers to enforce a ban

We explained in our response to question 3 of the Welsh Government’s consultation on its LGBTQ Action Plan that it does not have the powers to enforce a ban in the criminal law, charity law or employment law. We also objected to the Welsh Government’s own admission that the ban could see religious leaders at risk of prosecution for doing their work.

Nevertheless, earlier this month Hannah Blythyn (MS and the Welsh Deputy Minister for Social Partnership) was said to be working out exactly how she could push a ban in Wales. The reality is that it is highly unlikely that Westminster is going to give Wales powers just to ban ‘conversion therapy’. It would be flying in the face of widespread concerns about a ban if it did.

Is this all just virtue-signalling?

The big question is this: is this desire to ban conversion therapy just virtue-signalling? The Welsh Government is highly unlikely to be given more powers in this area. However it does seem determined to push a ban in its areas of competence. Despite lack of solid evidence, plus mounting concerns about children and young people, it is handing over soft power to ‘experts’ and radical children’s rights campaigners. Those professionals who stood in the way have been marginalised.

First Minister Mark Drakeford and Welsh Labour this week have refused to be drawn into commenting upon a popular and principled gender-critical councillor’s courage in the face of transgender activism. This comes as the Welsh local council elections are a few weeks away. Clearly Welsh Labour realises it cannot afford to have a big falling-out over sex and gender issues – it would lose a lot of votes as a result.

As Labour in Westminster and Holyrood is slowly nudged towards acknowledging the fundamental importance of biological sex, a shift will need to happen in Wales as well. This shift will require pulling back from a ‘conversion therapy’ ban before it does any damage. If the Welsh Labour government has any sense, it will admit – at least privately – that its call for a ban is mere virtue-signalling and should stop at that. As the Christian Legal Centre’s international law expert Roger Kiska has explained in depth, the proposed ban would neither be legal nor practically workable.