The Welsh Government is consulting on its LGBTQ+ Action Plan, which includes a commitment to ban ‘conversion therapy’. Children would be included in this ban, and it is proposed that it would apply everywhere including in religious settings, i.e. churches. Parental rights and responsibilities are ignored completely in the relevant documentation.

We are monitoring the situation and will be providing guidance on responding next week. The closing date for this consultation is 22 October this year.

The Children’s Rights Impact Assessment (CRIA) for the LGBTQ+ Action Plan calls for a ban on ‘conversion therapy’ for children. This mirrors what LGBT activists want across the UK and internationally. They do not want therapists or counsellors or pastors to be able to offer help to children and teenagers to move away from unwanted same-sex attraction and gender confusion.

The fact is that UK mental health professionals are already prohibited from offering such help to all clients irrespective of age. This prohibition is made in the Memorandum of Understanding on Conversion Therapy in the UK. However the Welsh Government and NHS Wales never signed the Memorandum, which is probably a sign of reticence from doctors. It is telling that Wales only got a gender identity service for adults in 2019.

Banning ‘conversion therapy’ for children would mean that the mental health profession in Wales would only be allowed to affirm children’s fantasies of being members of the opposite sex. Parents in Wales would not be able to get a responsible therapist or counsellor to help a gender-confused child live as a member of their own sex. Parents would effectively be powerless to stop quack doctors in gender identity clinics from referring their children for puberty-blocking drugs and then cross-sex hormones at the age of 16. Banning ‘conversion therapy’ for children would also make it impossible for children who have developed unwanted same-sex attraction due to sexual abuse or exploitation to get help to move away from it. 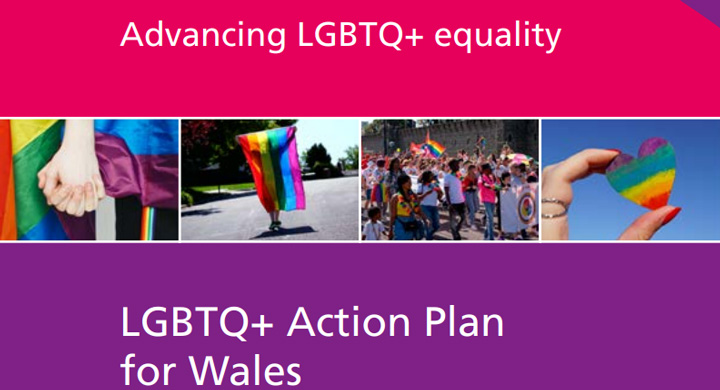 The CRIA is dangerously flawed and must be objected to by all responding to this consultation. In invoking article 8 of the UN Convention on the Rights of the Child (UNCRC) relating to ‘preservation of identity’, it clearly treats gender identity and sexual orientation as inherent characteristics of a child. At the same time it does not explain its citation of the UNCRC for any particular policies, opting instead to list articles of the UNCRC as bullet points under individual headings. This shows a lack of in-depth reasoning and suggests rights are being claimed without any real understanding, let alone desire to communicate with the public.

It is clear to us that this CRIA’s use of the UNCRC is based on a seriously corrupted reinterpretation found in the third edition of the UNICEF Implementation Handbook for the UNCRC. It was this that was responsible for treating gender identity and sexual orientation as inherent, i.e. innate characteristics of a child and downgrading the importance of a child’s sex as immutable. I have previously revealed how this edition was edited by Peter Newell, the ‘children’s rights’ campaigner now in jail for raping a teenage boy. We criticised the Scottish Government for using this corrupt reinterpretation of the UNCRC in our response to its consultation on reforming the Gender Recognition Act in Scotland.

Smacking ban as a possible precedent

It is highly relevant here that Newell spearheaded the global campaign to ban smacking children, really a campaign to undermine parental rights and responsibilities. In his capacity as head of Children Are Unbeatable Alliance Peter Newell lobbied Welsh politicians among others for a ban on smacking. For many years Newell enjoyed favour with politicians and policymakers, having also lobbied hard since 1991 for the creation of Children’s Commissioners.

There is a real question as to whether the Welsh Government is looking to the ban on smacking that it passed recently as a precedent for obtaining powers for banning ‘conversion therapy’ for children. This is because recently released meeting minutes show that the Independent LGBTQ+ Expert Panel decided in March to support a ban. It is likely that this was in response to Kemi Badenoch responding the previous week to Hywel Williams MP (Plaid Cymru) saying that the Welsh Government had not asked for additional powers to pass a ban. As the UK government is looking at a criminal ban in England and Wales, it seems that activists suddenly decided to use the LGBTQ+ Action Plan (stretched from being a Transgender Action Plan) to pile on the pressure.

I have previously written on how LGBT activists are driving all levels of government down to local authority social services to treat children as state property. Local authorities in Wales are answerable to the Welsh Government. This proposal to ban ‘conversion therapy’ for children could well force social services to side with LGBT activists. A handful of local authorities are represented by Cymorth Cymru, an umbrella group for housing providers, that signed a letter supporting the Action Plan. Naturally this does not mean that most local authority staff are happy with all this or even aware that the letter was signed on their behalf.

The wording of the Children’s Rights Impact Assessment clearly indicates that it will be child-centred in the most extreme way. There are possible hints that LGBT ‘youth’ organisations (i.e. those working with minors) helped draft the LGBTQ+ Action Plan.

“The initial development and drafting of the plan has also taken account of Article 12 of the UNCRC and has supported children and young people’s involvement in decision-making through virtual roundtable discussion groups. A number of LGBTQ+ youth organisations were also represented in our stakeholder engagement arrangements.”

Children and young people are encouraged to respond to the consultation using the Easy Read and Young Person-friendly versions of the plan. Consultation feedback will be used to develop the CRIA further. Nowhere is there any evidence that the views of parents have been or will be sought. Perhaps this should not come as a surprise. The chair of trustees of GIRES, the oldest transgender children’s charity in the UK, is a member of the Independent LGBTQ+ Expert Panel.

The CRIA says that a blanket ban on ‘conversion therapy’ would fulfil human rights commitments to ban torture. This is nonsense. Therapy and counselling are simply not forms of torture. The problem is that this nonsense is being pushed by Victor Madrigal-Borloz, the UN Independent Expert on Sexual Orientation and Gender Identity.

Susie Green the CEO of transgender charity Mermaids told BBC Newsnight last year that puberty is ‘torture’. To denigrate a normal stage of human development as ‘torture’ in this way is not just dishonest, it is crazy. It also plays into the hands of those who would reject the fact that God has created human beings male and female biologically.

Attempt to influence the media

It is interesting how the CRIA takes aim at the media, calling for ‘fair and balanced’ presentation of the issues.

“All children and young people have the right to be protected from discrimination and that the media should not make material that causes harm to children and young people. As an opinion shaper, the media has a huge influence on the way we think about gender and sexuality, and therefore has a duty to present these issues in a fair and balanced way. By portraying LGBT people in a negative light, deliberately or not, prejudice is spread to society through the media, reaching school learning environments and social networks.”

The question is what is meant by ‘the media’ here. In reality the press in Wales is not reporting properly on the issues. It has not been reporting at all on the concerns about sex-based dignity and rights relating to the onslaught of gender identity propaganda from government. Wales Online is completely uncritical. The BBC is equally uncritical and is a member of the Stonewall Diversity Champions Programme. ITV has never reported on the Action Plan. So far the Welsh Government is having its LGBT propaganda amplified, not investigated critically, by the press in Wales.

What is becoming clear in Wales is that principled Christian opposition to this proposed ‘conversion therapy’ ban for children is vital.

This helps highlight the fact that this is ultimately a dispute about our created nature. Either we formulate policies that are in line with how God created human beings male and female, or we end up capitulating to the pretence that people can remake themselves according to a fantasy.