Parents, now is the time to raise this issue with your school.

As you may have heard, Stonewall is being revealed and acknowledged as an inappropriate organisation to be advising and supporting government, employers and schools. Ofsted and the Equality and Human Rights Commission have both now removed themselves from the Stonewall Diversity Champions scheme.

Stonewall has influenced many different resources which are now in almost every state school, teaching much content which Christian parents especially would be unhappy to be communicated to their children. Some schools have even become Stonewall Champion schools. A map of these schools has been created by ParentPower. 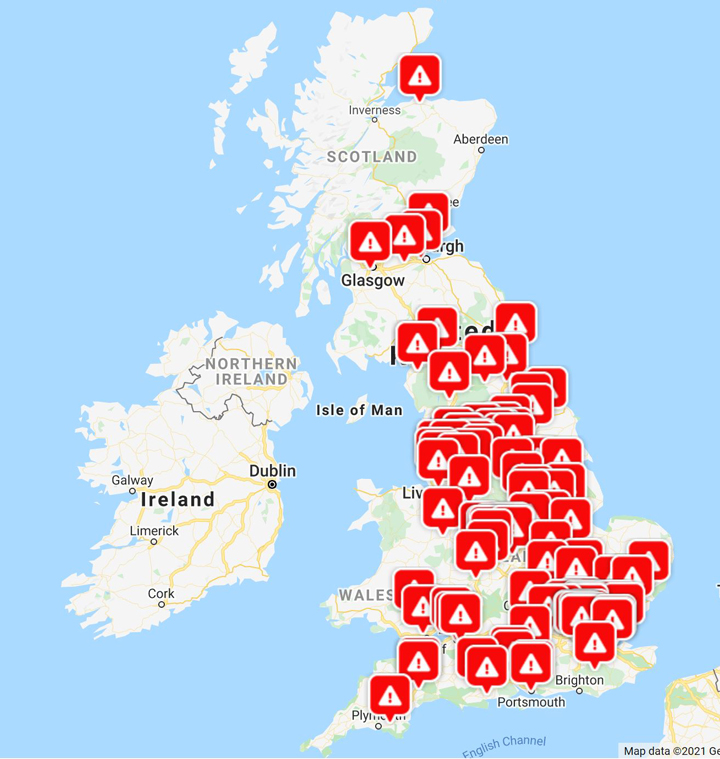 Schools are advised (in guidance from Sept 2020) that:

“Schools should not under any circumstances work with external agencies that take or promote extreme positions or use materials produced by such agencies.”

But schools even using the most commonly-used RSE resources may well be using resources shaped by the political ideology of Stonewall, and so a letter to schools from every Christian parent who is concerned about this issue is warranted.

We have discovered that even Twinkl resources, used in almost every primary school and many secondaries, have been shaped by language which Stonewall advocates to be taught to children.

For example, teachers are taught to teach young girls that lesbians are to be described as, “when two girls love each other.” Young children are therefore identifying themselves with sexualised terminology, as their understanding of ‘love’, and especially Christian love, is not sexual love, and certainly not to be confused as love between children.

The secondary materials are no less indoctrinating. On Twinkl’s website, they proudly state:

“Twinkl have worked together with Stonewall, the leading Lesbian, Gay, Bi and Trans equality charity, to create resources which aim to support you.”

Your letter should contain the following sort of content:

[Begin with a positive comment about what you appreciate about your school.]

It has come to my attention that the RSE resources being used in many schools have been shaped by or provided by the politically motivated organisation Stonewall. The government is now informing organisations that they should not associate with Stonewall as a partner, and to leave any Stonewall diversity champion program. Given all schools should not be indoctrinating children with politically partisan materials, which promote or celebrate lifestyles contrary to parents’ religious beliefs, and that RSE resources used by schools are likely to have been influenced by Stonewall, I am asking you to disclose to me whether or not Stonewall has been an influence on any of the resources which could be taught to [name your children].

“It is important when using external agencies to take particular care that the agency and any materials used are appropriate and in line with your school’s legal duties regarding political impartiality.”

“You should exercise extreme caution when working with external agencies and proceed only if you have full confidence in the agency, its approach and the resources it uses.”

Can you reassure me that such extreme caution has been used, and that you will review your policy on RSE, and all the curriculum materials, to ensure Stonewall has not influenced with unhelpful ideologies or the promotion of lifestyles in an inappropriate way to our children? For example, I have learned that Twinkl RSE resources have been created in partnership with Stonewall, and I believe you may use these.

[If you have already had minor or major personal concerns state them here. Perhaps comment on the extent of their statutory consultation with parents on their RSE policy and content this year.]

Please can you respond to me as a matter of urgency, as I wish to be reassured that you will not be using resources created by Stonewall, or influenced by this organisation, and I would like to know your plan to deal with my concerns.

[End by thanking the school specifically for something positive regarding your children.]

Should your school be a Stonewall Champion school, you should make your letter reference your significant concerns regarding this.

You can download a copy of our template letter for ease of use.

If you need further support from Christian Concern, please do not hesitate to contact us. You can also read ‘How to successfully raise your voice as a parent’ for more helpful advice in understanding how best to raise your voice with your school.