God delights in justice. As part of our Let Justice Shine series, we’re telling the stories of several people we’ve supported through the Christian Legal Centre and cases we’ve taken on, seeking and pursuing Godly justice. 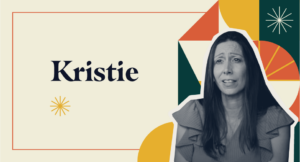 When Kristie used her Facebook page to share some concerns about ‘relationship and sex education’, she had no idea where it would lead. She certainly didn’t imagine that just days later she would be suspended from her job at a local school, and within weeks, fired for ‘gross misconduct’. But that is what happened.

It all started when Kristie was invited to an evening for parents at her son’s Church of England primary school. The purpose of the meeting was to explain the use of the ‘No Outsiders’ programme, as part of the school’s teaching about relationships. Kristie was very concerned by what she saw and by the fact that not many other parents attended. So, over the following days, she researched the issues.

As she did, she shared a couple of posts on her Facebook page. These were ‘private’ posts. They weren’t visible to the world but only to Kristie’s group of friends on Facebook.

But unknown to Kristie, one of those ‘friends’ reported her to the Headmaster of the secondary school where she worked, accusing her of ‘posting homophobic and prejudiced views against the LGBT community’.

The following week, Kristie was suspended. Following a disciplinary hearing, she was found to have broken the school’s Code of Conduct and was dismissed for gross misconduct – simply for sharing the posts.

“I have been punished for sharing concerns about Relationships and Sex Education.

“I hold these views because of my Christian beliefs, beliefs and views which are shared by hundreds of thousands of parents across the UK. My number one concern has always been the effect that learning about sex and gender in school will have on children at such a young age.”

With our help, Kristie took her case to an Employment Tribunal. When the tribunal found against her, we continued to support Kristie, and we are now helping her in the next stage of challenge. Kristie says:

“I have to continue to fight for justice so that no one else has to go through what I have. I want parents to have the freedom to bring their children up in line with their Christian beliefs, I want young children to be protected from this harmful ideology. Christians must also to be able to share their opinions and beliefs without fear of losing their jobs.”

Please pray for Kristie and for a victory for freedom of expression.

At Christian Concern, we have the honour of seeking justice. As we approach Christmas, we are reminded once more of the message of King Jesus – that his ways are good for individuals and for society.

This advent, will you help us stand for justice?