Opposition to Islam ‘likely to be a protected belief’

An Employment Tribunal has refused to strike out a claim of a Christian electrician who says he was discriminated for his opposition to “the growing influence of Islam in Britain and other countries” and to “inclusivity and positive action in favour of non-Christian faiths, minority sexual orientations, and transgenderism”.

Supported by the Christian Legal Centre, Brian Walker, 66, claims he was forced out of his job at the North Bristol NHS Trust for his “conservative Christian beliefs”, including his opposition to Islam, multi-culturalism, and same-sex marriage.

At a hearing on 30 November, the Trust’s lawyers asked the Tribunal to strike out his case on the grounds that his beliefs are “not worthy of respect in a democratic society” and should not be protected by the Equality Act. Barrister Christopher Milsom argued that Mr Walker’s statement “I believe Christianity to be the only true way to God, and I do not want people to harm their souls by believing Islam instead” proved the extreme intolerance of his beliefs.

However, in a judgment released yesterday, Employment Judge Reed referred to the recent case of Maya Forstater, whose gender-critical beliefs were ruled to be protected by the Equality Act. In a landmark judgment, the EAT said: ‘only beliefs akin to Nazism or espousing totalitarianism would fail to qualify for protection’.

Employment Judge Reed writes in the judgment: “It was suggested… that the beliefs were not worthy of respect in a democratic society and were incompatible with human dignity and conflicted with the fundamental rights of others… All that really need be said at this stage is that, in the light of the case of Forstater v CDG Europe, it does not appear that that is a submission that is likely to meet with much success.” 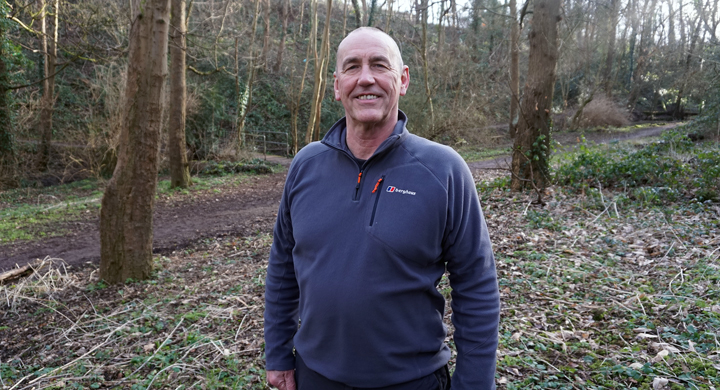 Mr Walker is suing the Trust for discrimination, harassment and constructive dismissal after resigning from his job as an electrician following what he describes as a ‘totalitarian’ investigation against him. Following many months of investigations, reports and hearings within the Trust about allegations that Mr Walker made ‘offensive’ comments to colleagues, he was given a final written warning and was required to attend equality training.

Mr Walker has said he was treated like a ‘terrorist’ by NHS bosses and was forced out of the job despite flagging that he was under severe pressure at the time supporting his disabled children through complex issues. He has said that the experience nearly destroyed his family.

At the hearing in late November, the Trust’s lawyers have argued that Mr Walker was disciplined for making offensive comments but not for his beliefs. However, the Employment Judge has ruled: “How, sensibly, could I take a view on that subject without hearing evidence?

“Mr Walker was also entitled to point this out. Various employees of the Trust who gave evidence in the course of the disciplinary proceedings etc were clear that one of the matters he raised with them was his distaste for same sex marriages. Mr Walker will no doubt contend that that must have played a significant role in his treatment. As far as any claims of discrimination are concerned, it is not necessary for him to establish that a protected belief was the sole reason for the steps taken against him. It seems very likely that the relevant belief was one that he will be able to persuade a Tribunal was protected within the 2010 [Equality] Act and I could see no reason why he should be prevented from exploring the extent to which the widely canvassed views that he had on same sex relationships were not a motivating force upon the Trust.”

The Tribunal has struck out a few peripheral contentions in Mr Walker’s claim, such as that he was victimised for making allegations of discrimination in an internal grievance.

However, the Tribunal has refused the Trust’s application to strike out Mr Walker’s claim as a whole.

The Trust also argued that Mr Walker’s claim had “little reasonable prospects of success”, and asked the Tribunal to order him to pay a financial deposit as a condition of being allowed to pursue the claim. However, Employment Judge Reed declined to do so, saying: “I could not say, upon a simple analysis of the documents, that his prospects of establishing misbehaviour and bad faith on the part of the Trust were so remote that he should be prevented or discouraged from taking that claim forward and accordingly no strike out or deposit order was made in that respect.”

The full hearing of Mr Walker’s claim is due to take place at a two-week trial in Bristol Employment Tribunal on 10-21 October 2022.

Responding to the judgment, Mr Walker said: “I am relieved and delighted to hear the judge’s ruling and that the case can now proceed to a full hearing.

“The whole experience has aged me and nearly destroyed my family, but we have carried on and are determined to seek for justice.

“At the time of the investigation we were dealing with very stressful issues with our two disabled boys. Our sons could tell I was struggling, and it affected all of us.

“For 10 years we had voluntarily allowed the hospital, in partnership with the university, to allow students to come into our home to witness the challenges of bringing up disabled children.

“When we made this point to the hospital, bosses at the time of the investigation said that they simply did not care – we were irrelevant to them on a human level. Instead, they treated me like a terrorist and an extremist.

“Christian beliefs, and especially any expressing of them, are being suppressed in the NHS. The argument that my beliefs, which I believe are shared by many, are not worthy of protection under the law must end.

“This case is not about me. I am fighting it for younger generations of Christians who have mortgages to pay and careers to lose.”

Andrea Williams, chief executive of the Christian Legal Centre, said: “Brian’s story shows the dangers people face when daring to question or even joke about inclusion and multiculturalism.

“The fact that NHS lawyers argued that his beliefs are not worthy of respect in a democratic society or protection under the equality act was disturbing. Such a claim equated Brian’s Christian conservative beliefs with neo-Nazism.

“In a truly free society we must be able to question and critique each other’s beliefs. In this respect, Brian has been vindicated and the judge has ruled that he was free to question another faith and belief.

“No protection is given to beliefs ‘incompatible with human dignity’ and ‘not worthy of respect in a democratic society’. In the past this definition has only applied to the most extreme beliefs, such as those of Holocaust deniers, neo-Nazis, and similar.

“It’s really sinister when we get to a stage where argument will be made in in a UK court that Christian beliefs, are unworthy of human rights protection.

“We stand with Brian as he continues to seeks justice in this case.”

Find out more about Brian Walker
View other articles
|