The Court of Appeal has overturned the decision that 12-year-old Archie Battersbee’s life support should be removed.

The Master of the Rolls (Sir Geoffrey Vos), the President of the Family Division (Sir Andrew McFarlane) and Lady Justice King ruled that the case should be heard again after the High Court judgment wrongly determined that Archie was dead.

Archie’s case will be heard again by the High Court on 11 July, with the understanding that Archie remains alive. 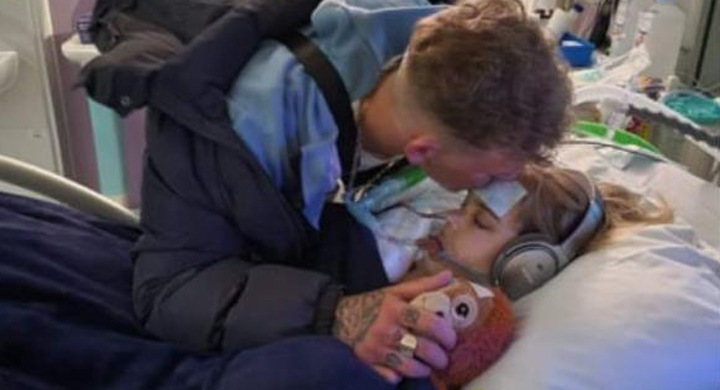 Andrea Williams, Chief Executive of the Christian Legal Centre which has been providing support to the family, commented: “The ruling shows the critical importance of never giving up.

“In these difficult moments, nerves and principles are important. This judgment upholds life and will protect many more people from a slippery slope in which the legal definition of death is expanded.

“Where there’s life, there’s hope. We keep praying that Archie will be able to recover, given more time.”

Insufficient evidence for a diagnosis of death

Archie’s parents, Hollie Dance, 46, and father, Paul Battersbee, from Southend-On-Sea, have been fighting a legal battle since their son was found unconscious with a ligature around his neck in what is believed to be a tragic accident in April.

They had asked hospital bosses and the courts for Archie to be given more time and for him to have more medical tests to assess whether his condition improves before making the decision about withdrawing his life support.

Doctors, however, have insisted they believe it is ‘highly likely’ that he is already brain dead and asked the Family Division of the High Court to assess the situation and rule that it is in Archie’s “best interests” to die by removing life support.

When asked whether there was sufficient evidence for a reliable diagnosis of death in Archie’s case, Professor Shewmon replied “absolutely not”.

However, the High Court ruled that, on the balance of probabilities, Archie had already died and that his life support should be removed.

In submissions heard at the High Court, Bruno Quintavalle, acting on behalf of Archie’s parents, said the circumstance of this case have never come before an English court.

“That the court should declare, in the absence of any certainty, that death has occurred”, he said, “is an extremely serious issue”.

“If he is declared dead but actually isn’t dead, the consequences couldn’t be more grave,” Mr Quintavalle warned. “If someone is alive when organs are harvested (for donation), then that act of removing a beating heart will kill them.”

Mr Quintavalle argued that for the court to give a declaration of death, in the absence of a brain stem test confirming such, would mean expanding the legal definition of death and be a “trespass on Parliament’s authority”.

He urged the court to adopt the criminal standard of proof: beyond reasonable doubt.

Archie’s mother, Hollie Dance, has vowed to keep fighting for her son.

Since Archie went into hospital, his sister Lauren has started an Instagram page @spreadthepurplewave where people can follow Archie’s journey.

A keen boxer and gymnast, Archie has received videos of support from Celebrity boxers like David Haye and Ricky Hatton and Gold medallist in gymnastics Max Whitlock.

Over 89,000 people have signed a petition calling for Archie to be given more time.

A gofundme for Archie has also raised over £20,000 so far in donations, which the family say could be used to fund Archie receiving treatment abroad.