Christian Concern has urgently written to education secretary Nadhim Zahawi, warning him that children will be harmed by the government’s proposed conversion therapy ban legislation and that teachers will be silenced for fear of prosecution.

The government recently ran an extended consultation on a proposed conversion therapy ban, which closed on 4 February 2022, following an outcry from teachers, parents, counsellors and church leaders.

The current proposals could see Christian parents criminalised for teaching what the Bible says about human sexuality and under-18-year-olds unable to consent to therapy and counselling for gender confusion.

The government’s approach to banning ‘conversion therapy’ could also see church leaders criminalised and fined for ‘hate prayer’ and has faced severe criticism from 3,000 church leaders, many of whom are part of the Church of England. 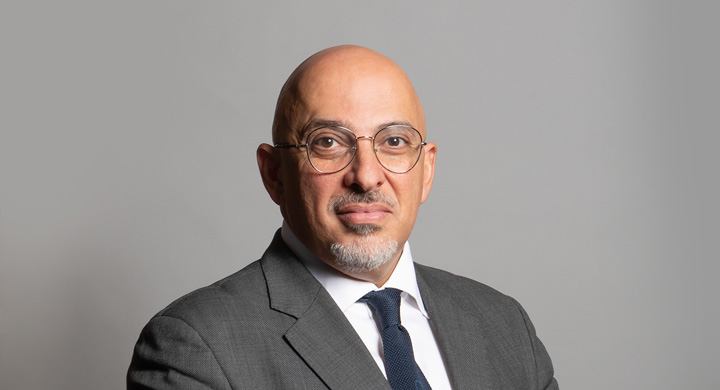 Children ‘could be harmed by the current proposals’

In writing to the education secretary the authors, Andrea Williams (Chief Executive), and Steve Beegoo (Head of Education) cite Christian Concern’s wide range of experience supporting and representing many teachers and staff involved in education, including in the high-profile cases of Bernard Randall, and Izzy Montague.

Their letter to Nadhim Zahawi says: ‘We regularly encounter families, schools’ workers, and children, who could be harmed by the current proposals. It has become very clear to us that the worryingly wide definition of what can be described as ‘conversion therapy’, including pastoral conversations, will result in many highly disturbing outcomes for children and in schools.’

Furthermore, it states that: “Some children and young people want to remain in their biological sex category, despite their feelings. These will remain dangerously unsupported, as allegations leading to criminal convictions and a bar from working with children, could result from any adult who does not affirm a child into a trajectory towards changing gender. This will harm children, especially when research shows the vast majority grow beyond gender dysphoria as they come through puberty, and that those who are encouraged to explore this, almost inevitably end up with damaging puberty blockers and irreversible surgery. This could also cause a significant conflict with parents who do not want their child, particularly at younger ages, to be affirmed in their gender dysphoria.”

It adds that: ‘The government appears to be taking advice driven by poor scientific evidence, and political activism. The government has a duty to protect children from the impact of ‘progressive’ and aggressive political ideologies, which are becoming increasingly promoted in our schools.’

The authors argue that if the proposed ‘conversion therapy’ legislation is as sweeping as described, it will have the effect of not only undermining the Christian ethos of many schools but could also be the ‘proverbial death knell’ for any authentic Christian education which is founded on a biblical understanding of identity, sex and sexuality.

The letter concludes by asking the department for education to support withdrawing the proposed ban on conversion therapy.

Christian Concern is not the only group which has written to the Education Secretary over the issue. The Association of Christian Teachers has likewise warned the government over the impact of the proposals on children’s access to appropriate support.

In its letter, Executive Officer Elizabeth Harewood points to the government’s ‘expansive’ definition of conversion therapy and warns of the impact on free speech:

It should not be a criminal offence for educational professionals to gently and graciously express their religious beliefs, when prompted, that God made humans male and female, in his image, and has reserved sex for the marriage of one man and one woman. The broad definitions of ‘counsellors’ and ‘conversations’ in the proposals will be highly likely to result in criminalising Christian teachers for discussing these matters.

Proposals ‘will prevent vital support being given to vulnerable children’

Steve Beegoo, Head of Education at Christian Concern said: “The potential criminalisation of teachers and pastoral staff in schools, for having conversations with young people, that those young people want to have, will prevent vital support being given to vulnerable children. In seeking to ‘close loopholes’, activists would have succeeded in creating, by law, a situation where harm and unhealthy and unlawful behaviour would increase in our nation’s children through the decrease of counsel from adult professionals’”

Andrea Williams, chief executive of Christian Concern, said: “Since this consultation was launched there has been an outcry from educators, parents and church leaders. The government must listen and act on these concerns.

“At Christian Concern, we regularly encounter families, schools’ workers, and children, who could be harmed by the current proposals.

“As the definition of conversion therapy currently stands, it will result in many highly disturbing outcomes for children and in schools. Some children and young people who want to remain in their biological sex category, despite their feelings, will remain dangerously unsupported. Professionals and teachers will be reluctant to speak to children on the issue due to fear of ‘criminal’ allegations being brought against them. They will be forced into silence and self-censorship and will feel unable to help or advise a child who they believe is vulnerable.

“We believe that the proposed ban should be withdrawn, and that the department should support its withdrawal, and we have requested an urgent meeting with the education secretary.”

Photo of Nadhim Zahawi used under the Attribution 3.0 Unported (CC BY 3.0) licence