A tribute to Richard Page

When I was a child, I loved to read the biographies of great heroes of faith. Knowing Richard Page over the past six years was not to read a biography but to live alongside a modern-day hero of faith.

And this is what a hero of faith looks like.

Consistent, kind, faithful, unassuming, self-effacing with unstoppable energy for life and doing good. As we got to know one another better he got bold and loved to tease me … just a little.

He was married to the beautiful Jane, who sadly died unexpectedly a year ago. They loved to travel together and latterly had been on a long and beautiful train ride through India. I remember in the Summer of 2018 when Jane arrived at the Christian Concern summer party in my back garden dressed in Indian silk from head to toe. She was a picture– and Richard knew it. The smile on his face!

Jane and Richard had a long and happy marriage with three children. They adored their family and had rich, pastoral hearts.

One of the great ironies of Richard’s story is that he and Jane, a counsellor by profession, were at the cutting edge of pastoral support and care of patients with Aids in the 1980s. Their hearts were full of compassion and love for everyone.

Richard and Jane were passionate about underprivileged, hard to place teenagers and took them into their home on long-term fostering placements. Whenever I met Richard, he would talk about his foster children. 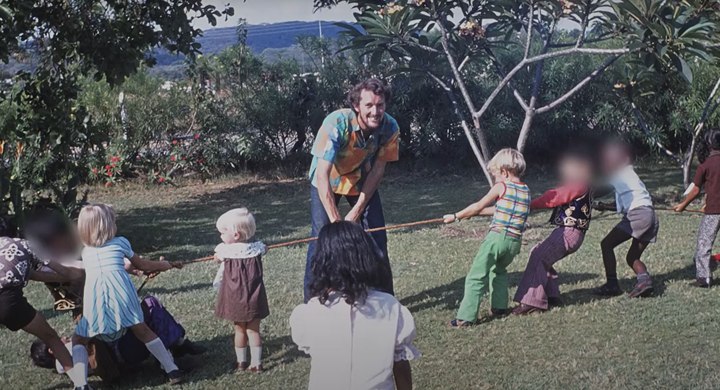 Richard was an incredible finance man. He viewed finance within the big picture of the culture of the company and its aspirations. He saw finance as a key tool to implement and grow the vision of the organisation. He worked for many years as Finance Director for an NHS authority and excelled to the point that the authority was the best performing in the country. No wonder the Kent and Medway Trust invited him to be a non-executive director!

It was these very same skills he took to Africa where he set up operational structures in hospitals and schools. What a legacy he leaves behind there! We all know what happens to any organisation without supporting structures in place.

Richard had come to public attention when, in 2014 whilst serving as a magistrate – a role he had done for almost 20 years.

A little boy was up for adoption and was to be placed with a same-sex couple (the first ‘gay adoption’ in Northern Ireland). However, a married couple (a mum and dad) who had been the long-term fosterers of the child since birth requested, late in the process, to adopt.

Richard said, in the magistrates’ retiring room, that he believed a child did best with a mum and a dad.

One of his fellow magistrates reported this and he was put under an investigatory process that culminated with a public statement issued on 30 December 2014, by the Judicial Conduct Investigations Office (JCIO) through its website:

“The Lord Chancellor and Lord Chief Justice have issued Mr Richard Page JP, a Magistrate assigned to the Central Kent Bench with a reprimand. Mr Page, whilst sitting in the Family Court, was found to have been influenced by his religious beliefs and not by the evidence. The Lord Chancellor and Lord Chief Justice considered that this amounted to serious misconduct and that Mr Page should have recused himself from the matter.”

And the rest is history. A newspaper picked this up and asked Mr Page what terrible thing he had done. The terrible thing? Say that a child needed a mum and a dad. This statement and belief, of course, flows from his profound Christian faith which motivated him in all his work and service. And we know and stated over and over in his case that the social science backs him up.

From that moment in December 2014, Richard became one of the Christian Concern family. It is the honour of a lifetime to stand with him and other clients at the Christian Legal Centre – many of whom he came to know and to encourage.

The judgments in Richard’s case (he was ultimately dismissed from his role as a family magistrate and also as a non-executive director of Kent and Medway NHS Trust) don’t reflect the very simple truth of his story. Almost all that can be said about the nub of the facts is really contained in the few sentences above. Instead, in court we now have thousands of pages of documents that don’t clarify but confuse. We have judgments that reflect the culture and do not have the courage to reflect the simple truth that children do best with a married mum and dad and Richard was dismissed for having the courage to say it.

In Richard’s case we have judges at the highest level saying that they are unable to take judicial notice of the fact that Christians believe marriage is between a man and a woman. The judgments in his case, right up to the Court of Appeal, are a stark picture of how a man like Richard who holds passionately to his Saviour Jesus can be left out in the cold.

Richard would often say how, when the case first began, he truly hoped others would see sense; that he could be reinstated; that he would win. As time went on, he changed how he saw the case. He would often come out with the words “I have to do the right thing. I have to stand. God is in charge of the rest.” Richard would talk of the immense relief of reaching that point. This was God’s battle, not his.

Recently, Richard has lived with Alzheimer’s. It came slowly and imperceptibly to me at first. And then more dramatically. What joy it was to me when he would say to me “Oh Andrea, I remember you, still teasing me … just a little.”  Richard also told me how after the loss of his beloved wife he would still love to drive and go to their special places where he would read his Bible and pray.

At Christian Concern, with the permission of Richard’s family, we hope to take his case to the Supreme Court. He always knew the case was much bigger than him. In many ways, and Richard would agree, the case was just about justice for him but about contending for Christian Truth in public life.

Richard and Jane, their faith-full, faith-filled lives will forever be in my heart. 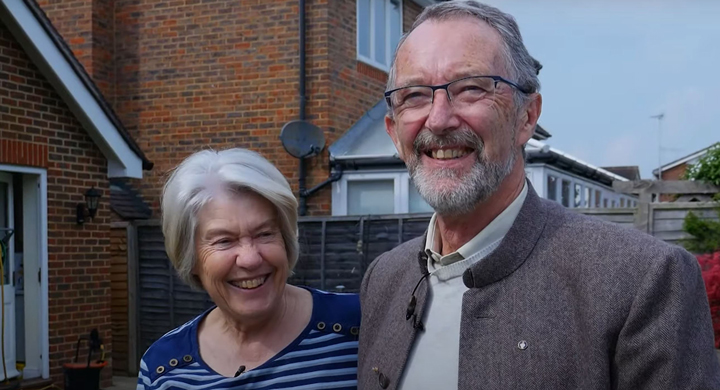 What’s so offensive about a man like Richard Page?

Richard Page, a documentary: Is it wrong to believe a child is best raised by a mum and a dad?

Find out more about Richard Page
View other articles
|