Manhood, and the Eton mess

Steve Beegoo, Head of Education, comments on the recent controversies at Eton College and the sacking of teacher, Will Knowland.

Children need men and they especially need fathers! This may seem an obvious statement, but it is becoming increasingly clear that this biological and sociological fact is being undermined in both British culture and in its educational institutions.

And why? Fatherhood is a deeply Christian concept. ‘Our Father’, begins the Lord’s prayer. This is how we are to address God himself. The spirit inside us cries out ‘Abba, Father’. Literally ‘Daddy!’ This loving, strong Fatherhood properly understood is not anti-motherhood or anti-women, but the foundation of divine relationship and of delightful creation. This is the foundation of why children need fathers.

And yet today we are at a point where a respected teacher, at our most respected school, is being dismissed because he refused to take down a video on his own YouTube channel which sought to explain manhood and fatherhood. Granted, it was an edgy, challenging, thought-provoking presentation, and certainly a counter narrative to the ‘woke’ culture. But, as the older boys of Eton themselves say in a petition of complaint to the leadership, the presentation references “at least 41 academic citations.” They also explain, “His video is arguably a model for how to convey a contentious argument impeccably.”

The teacher, Will Knowland, claimed in the video, ‘The Patriarchy Paradox’, that aspects of what is known as patriarchy, are grounded in biology. He covers aspects such as how males have historically been respected as protectors, providers and procreators, assertions which have only recently become contentious issues as we move further from a Biblical understanding of masculinity. 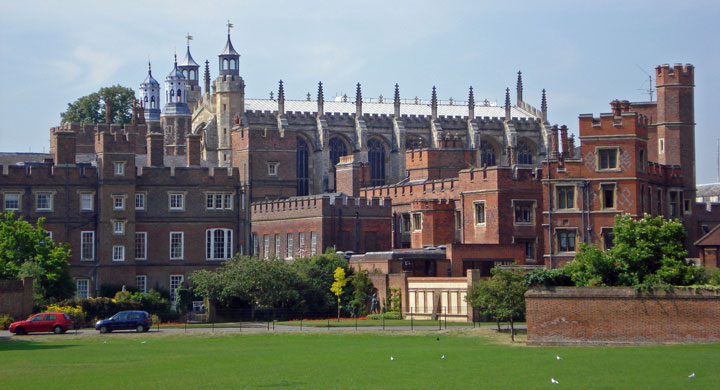 A staff member at the school spoke to Guido and explained that this “is at least the third exemplary member of the teaching staff Henderson [the headtacher] has thrown the book at unnecessarily.” The freedoms to express views which are based on a Christian Worldview in educational establishments, whether they be state or independent schools, are coming under increasing pressure from the ‘muscular liberalism’ which Amanda Spielman (Ofsted) endorses. As the many hundreds of boys maturely explain in the petition, “Those who have signed below do not necessarily support the ideas presented in Mr Knowland’s video. We all, however, support his freedom to express them.” There are no justifiable grounds for dismissal from his choice to post this presentation on his personal YouTube channel.

The ‘woke’ agenda is becoming more and more pervasive. As Daniel Hanan in his recent article states,

“What is the ugliest aspect of woke culture? Is it the inconsistency: the way we are supposed to celebrate differences one moment and pretend they don’t exist the next? Is it the irrationality: the elevation of imagined grievances over empirical facts? Is it the intolerance: the high-pitched demands that people’s careers be ended over clumsy phrasing? Is it the cowardice: the readiness of institutions to drop individuals whom they know to have been misrepresented? Or is it the sheer revolutionary violence: the eagerness to tear people down simply for articulating views that were universal until the day before yesterday?”

On the donate page which supports Will’s legal case he explains, “I have been dismissed from my employment. My wife and I will be made homeless, along with our five children. I am raising money to challenge my dismissal in the Employment Tribunal if necessary.” Why has this raised over £50,000 already? Because many are not willing to accept a bullying ideological orthodoxy, or its direct effects on a member of the teaching profession. If we begin to accept this – the aggressive vilification of those expressing unorthodox views – who might be next?

And so, what must we do? We must in our churches understand and speak positively about Biblical manhood and fatherhood, based on an understanding of God himself. We can recognise the fallenness of man, yet still promote the unique and special purpose men have in God’s created order. We must recognise that equality of personhood does not equate to uniformity of gender roles, arguing this from both a biological and a Biblical foundation. And we must speak about and model this well to our children. Our media-soaked children are being saturated by a merciless sea of disrespect towards fathers and men.  We must pray and act so that our precious children become those who freely speak positively of a Christ-centred worldview of manhood.

You can find out more about why we should be so concerned about our children and their education in Steve’s introductory talk.

Christian teachers – why not join us at our online conference coming in February?