Lessons from Nepal – which religious culture do we want?

Andrea Williams reflects on her recent time in Nepal, calling the UK Church to seize the new life we find in Jesus this Easter and proclaim him as Lord over all of life.

In the first quarter of this year, God has given me the privilege of travelling to Hungary and this last week to Nepal. 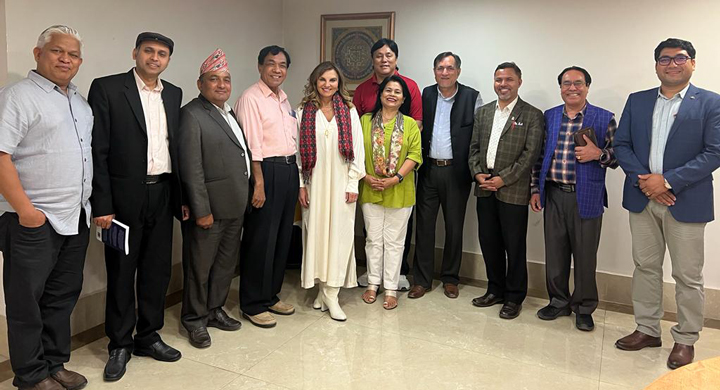 I wrote recently of the privilege of engaging with political leaders in Hungary who love the Lord Jesus and his righteousness and are working to secure his purposes at the heart of their nation. The people of Hungary voted overwhelmingly for a return of the Prime Minister Viktor Orban and his unashamedly pro-Christian, pro-family, pro-life party.

Arriving in Nepal, at the invitation of a group of church leaders there, I was privileged, humbled and overwhelmed by the task. The poverty hits you from the moment you land; the chaos, lack of structure, unmade roads, open drains, trash piles…

Until recently, Nepal has been a Hindu country ruled by a Hindu monarchy. There is much about it that remains obviously Hindu. The caste system is discriminatory, cruelly pervading the whole of culture. There is the confusion of a system where a multiplicity of gods are worshipped. There is also a lot of dissonant noise coming out of the belief system.

To get to Nepal, I had transferred planes at Doha in Qatar. On arrival at the airport there, the speakers played out announcements: “customers arriving are reminded that you have arrived during the holy month of Ramadan – there will be no eating or drinking in public during daylight hours” and signage showing prayer rooms for men.

Which culture do we want to live in?

The nations I have mentioned demonstrate vividly that what you believe in creates a culture. Christian, Muslim or Hindu? Which one would you prefer?

I had been asked to come to Nepal because in 2015, a new constitution was introduced to Nepal which mirrors very closely the European Convention on Human Rights. It makes much of being secular and neutral and speaks of religious freedom. With it has come a proliferation of NGOs operating within the new political structure of Nepal, and lobby groups seeking to shape the future of its society. Unsurprisingly, two of the most vocal and visible groups, with vast amounts of income and aid, are Blue Diamond, promoting the LGBTQ agenda, and Planned Parenthood, with its pro-abortion agenda.

In Nepal, even with the new constitution, much of the old system and its personnel remain. It’s agonisingly corrupted with money and power in the hands of very few – usually from the highest class – the Brahmin. Breaking the system is hard because of the tax rules – buying cars or property is almost impossible because of the exorbitant tax rates (to buy a small car is £40K – to purchase a small piece of land in Kathmandu £600K – totally out of the reach of 90 per cent of the population who are then held ‘down’ by the 10 per cent with exorbitant rental charges, school fees and health charges).

Churches are not permitted to own property, operate in public, or do evangelism. Within the new constitution it is expressly forbidden to seek to convert. Getting funds to churches is impossible as generally it will be intercepted by the government. 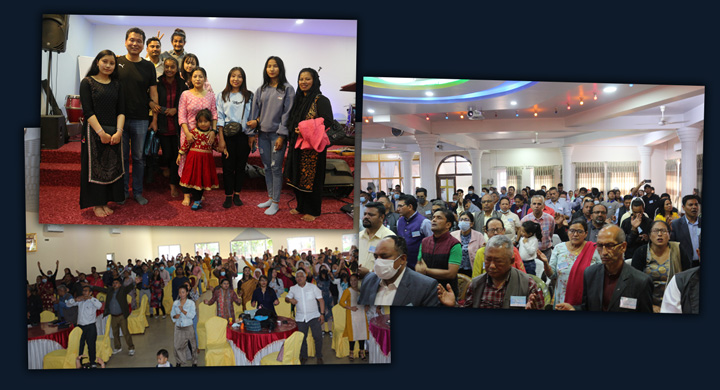 On the first day, it was my great privilege to speak to 230 church leaders. I gave them a message that I always say: that if I could turn back the clock in the United Kingdom, I would talk to church leaders here (in the UK) in the 1980s. Back then, I felt that as a lawyer it was my job to contend in the courts and in parliament but to leave the Church to the church leaders.

But this has proved not to be enough. I say this gently and not to criticise, but it is not enough just to do church; or just to ‘win souls’. When we do church like that, we risk shrinking the gospel. The Easter message is of a Saviour and Lord who conquered sin and death to bring new life, not just to individuals but to families, communities and nations. ‘Jesus is Lord’ is a political statement as well as a saving one.

The resurrection message tells us that the power that raised Jesus from the dead is the same power we have to being his kingdom on earth.

So, kingdom business is our business – from the UK, to Hungary, to Qatar to Nepal. 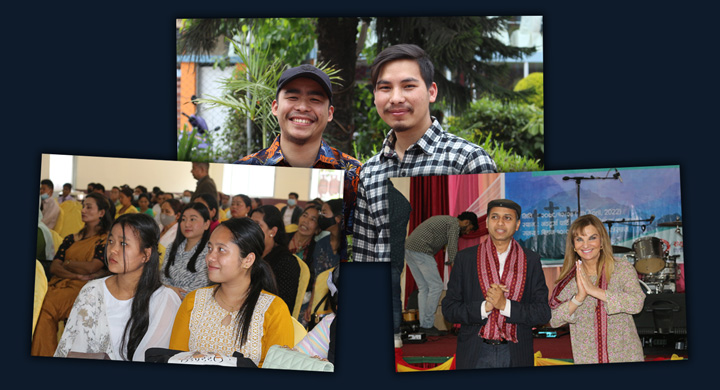 And where nations have been great and free (albeit imperfectly) is where they have unashamedly put Christ at the centre.

Historically – dating back to Magna Carta, our common law tradition and the Coronation Oath – that has been the UK. We’ve now traded this, on this generation’s watch, for a rights-based system. Sexual identity rights have been privileged, leading to the destruction of the family, and women’s rights have been perverted to give rise to the destruction of our children through abortion.

Christianity has been relegated to a belief that can be held but not manifested (unless in the church or privately and issuing no bother or offence in public); to manifest the Christian faith meaningly, in conflict with other more privileged rights, will lead to disfavour, loss of job, or even arrest. A new postmodern ‘Cultural Marxism/totalitarianism’ that forbids dissent and renders most silent, sad and afraid.

It is the job of the Church to understand the times – to understand where Biblical truth is under attack and then to expose it and proclaim the Way of Hope.

This was my message to the Church Leaders in Nepal. To be like the post- resurrection disciples in Acts 3 and 4 and be full of courage. 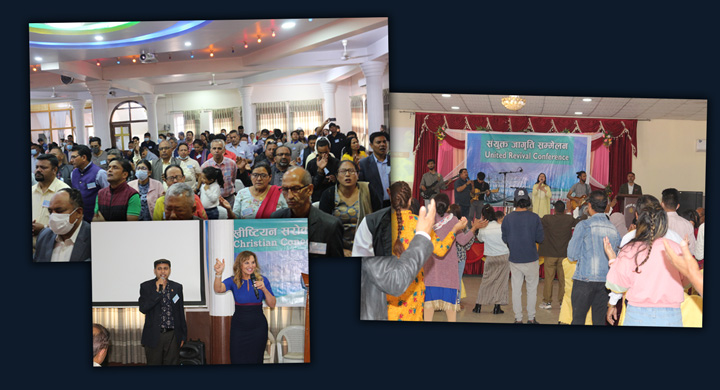 My message to them was clear – “Do not let the government diminish you to being a social service. Tell the Nepali government the reason for the hope within you. Tell them you will not be silenced or ashamed.”

My warning was also this – that the LGBTQ network is loud and proud, as is the Planned Parenthood movement. That cruel totalitarianism under Hinduism would be replaced by another totalitarianism within a few years unless the Church understood now and responded by acting in the light of such knowledge. That Hinduism and Secular Liberalism would tolerate one another and even make room for Islam but would not tolerate public Christianity.

It is always right for the Church to serve the victims of the state’s actions by working for the good of all.

It is also our job not just to bind up the wounds of the victims and the lost but to speak Jesus and tread boldly into the public space, believing that nations can turn around and proclaim the Lordship of Christ on earth and in our time. 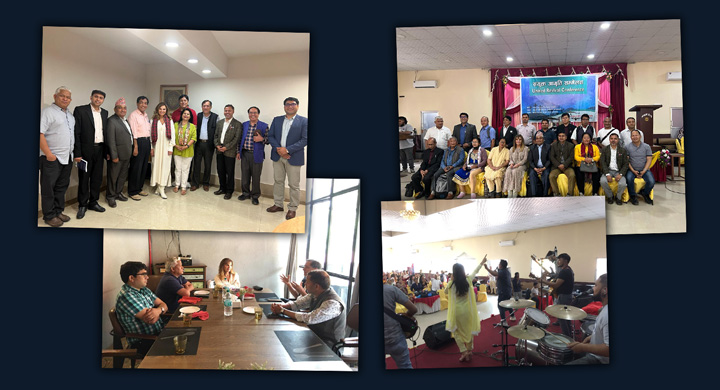 I challenged the Nepali Church to keep on providing the orphanages and the schools. And the hospitals. Wherever Planned Parenthood set up an Abortion Clinic, they should set up a life clinic.

The Nepali Church leaders were up for it.

God provides for the redemption, recovery and restoration of all things unto himself in all the spheres of society.

Indeed, this is the truth the Church will need to seize in the UK. In the first part of this year, we’ve seen abortion become available by two pills sent by post (in the last 55 years we’ve aborted 10 million of our people – that’s one third of the nation of Nepal or the whole of Hungary). The Church needs to start rescue hospitals – not just for women in unplanned pregnancies but to heal and restore so many in our nation who are lost and lonely and made sick by our sick culture. We’ve legislated for no-reason divorce, and we’ve entirely obliterated the Genesis 1-2 model for marriage and family. Restoring truth is firmly gospel business. When we obliterate truth (the only thing that sets us free) people get obliterated and only the gospel can put it right.

At Easter let us remember that Easter message as explained in Romans 6:

“What shall we say, then? Shall we go on sinning so that grace may increase? By no means! We are those who have died to sin; how can we live in it any longer?  Or don’t you know that all of us who were baptised into Christ Jesus were baptised into his death? We were therefore buried with him through baptism into death in order that, just as Christ was raised from the dead through the glory of the Father, we too may live a new life.”

Let’s seize the new life not just for ourselves and those in our churches but let’s believe it for our communities and our nations and into every sphere of Life.

Jesus rules. Jesus reigns. Jesus is the Light of the World and in him and through him all things are created and live and move and have their being.