54 years of abortion: how many more must we sacrifice?

Communications Officer Rebekah Moffett comments on the Act of Remembrance on the 54th anniversary of the Abortion Act 1967.

It is a crisp October afternoon, the sun’s shining bright, leaves underfoot. It almost feels like just another beautiful Autumn day. Except this day – 27 October 2021 – marks a sombre occasion.

This day, 54 years ago, the 1967 Abortion Act received royal assent and became law in the United Kingdom.

Since that day, a staggering 9,789,238 lives have been lost to abortion in the UK alone. That’s the equivalent of one unborn baby every two and a half minutes. 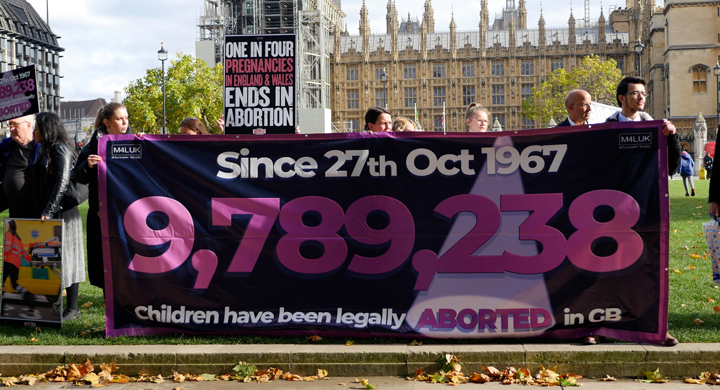 In fact, the figures are shocking: 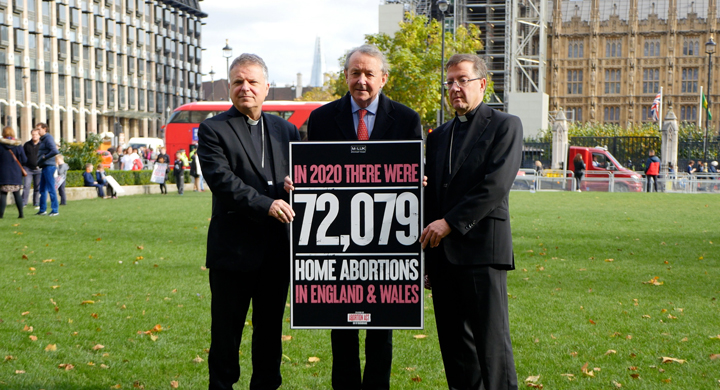 These shocking figures are, in part, why a group of around 90 of us has assembled in Parliament Square, as part of a silent witness and act of remembrance to each of those lives lost: nearly 10 million of them.

We are joined by parliamentarians Lord Alton, Fiona Bruce and Carla Lockhart, as well as Bishop John Sherrington (head of the Catholic Church in England and Wales) and Bishop John Keenan, representing Scottish Catholics, and Pastor Ade Omooba MBE, co-founder of Christian Concern, who gives an address on this sombre occasion.

Stood around the square at intervals, a person dressed in black stands with a small poster for each year since 1968 (when the Abortion Act came into force), showing the total number of deaths for that year. It’s hard to fathom the fact that when the act was first passed, 25,185 babies lost their lives to abortion. Now, in the space of 54 years, that figure is close to being 10 times as high.

You can see the weight of those figures in the eyes of the passers by. Some stop to read the full figure: 9,789,238 lives legally put to death.

Others turn to look, registering the number, and then turn away – either ashamed, or afraid to properly process what that means.

A few people heckle us: “it’s a woman’s right to choose!” But they are met only with silence, a choice to remember, in solidarity, all those lives that have been lost. Of course, there’s no recognition for these passers by that the only ‘choice’ they are really advocating is death; that the lives lost had no say in that supposed ‘choice’; and that doubtless for many of the women who underwent these terminations, they will have felt there was no choice.

Of course, figures and statistics can feel inhuman at the best of times. When we reach numbers this high, it’s hard to quantify and imagine. It’s easy to switch off and turn away, because what does 10 million really look like?

We all recognise the deep evil enacted through the Holocaust. Around 6 million lives were brutally taken. The number is unbearably high and the ideology behind it unquestionably evil. We feel the weight of what happened in the not-so-distant past and are determined: ‘never again’.

The ideology behind abortion says that life is expendable if it is anything less than wanted. It makes gods of human beings, giving them the power to decide who lives and who dies.

When we come to an understanding that the unborn life is still just that – a human life with the same rights as those of us who are born, 9,789,238 starts to become a lot more real.

The issue is that none of these lives could have spoken for themselves. Which is why we are here at Parliament Square – to make a stand for them where they could not. To give them a voice, where they had none.

How many more lives must be sacrificed before we realise the damage we’ve done? I hope and pray it isn’t another 10 million.