Review: The Rise and Triumph of the Modern Self

This review was first published in the Affinity Bulletin.

The Rise and Triumph of the Modern Self: Cultural Amnesia, Expressive Individualism, and the Road to Sexual Revolution
Carl R. Trueman
Crossway, 432pp, 2020, £17.30 hardback (Amazon)

How did society ever come to accept that someone can be ‘a woman trapped in a man’s body’? This is the question that prompted Carl Trueman to write this book. Just a few generations ago, a claim to be ‘trapped in the wrong body’ would have been regarded as nonsensical, yet today even questioning such a claim is regarded as immoral or as evidence of being ‘transphobic’. How did we get to this point, whereby the separation of gender from sex, of biology from identity – a statement that collapses feminism and dismantles family – became plausible?

Trueman starts by looking at the work of Phillip Rieff whose book The Triumph of the Therapeutic, articulates a simple model to describe how cultures have developed over time. First was political man, exemplified in Plato and Aristotle, who obtained his sense of self primarily from engaging in public life. Second is religious man which describes the Middle Ages when people found their primary sense of self from involvement in religious activities. Third came economic man where the sense of self is obtained primarily through economic activity – this is Marx and modernity. Finally, we have psychological man whose identity is primarily found in the inward quest for psychological happiness. It is this later shift to the emphasis on individual satisfaction, which Trueman calls ‘expressive individualism’, and which accurately describes contemporary culture. It makes our culture highly individualistic, and ultimately relativises all meaning and truth to personal taste.

Here already we can see how psychological man makes the individual sovereign and enables him to make his own identity. Practices and preferences become linked to identities, and since identities are sovereign, they become beyond critique. It is not enough for society to tolerate my identity; it must recognise it and approve of it. Hence, we have ‘hate speech’ which does psychological harm, and therefore ought to be prohibited. Freedom of speech therefore becomes part of the problem, rather than a solution. Naturally there should also be legal recognition and rights for all sorts of identities, which leads to same-sex ‘marriage’, for example. 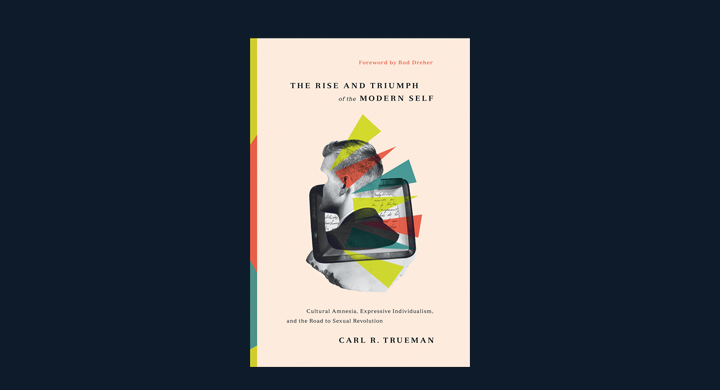 A therapeutic culture will justify abortion on the grounds that the birth might harm the woman’s subjective well-being. Welcome to twenty-first century UK, where 98% of abortions are justified on just these grounds. Sexual practices of all kinds will also be justified on the basis of psychological benefits. Trueman wonders how long it will be before incest, paedophilia and zoophilia are accepted on the basis that not to do so would harm someone’s sense of identity?

In this brave new world, ethics is reduced to emotivism. There is no objectivity: If you believe homosexual practice is wrong, what you really mean is that you personally disapprove of it. Reason is irrelevant; those who disagree with the prevailing ethical norms are considered to have irrational prejudices and are labelled as such – hence the proliferation of phobias. Identities are indisputable.

Trueman traces the development of these ideas, demonstrating the influence of the likes of Rosseau, Wordsworth, Shelly, Blake, Nietzche, Marx and Darwin, all of whom laid foundations for the sexual revolution that we are now reaping the fruits of. Their ideas all contribute in different ways to the plausibility of claiming to be ‘born in the wrong body’.

Finally, Trueman gets to Freud, who rooted human fulfilment in sexual expression. Trueman explains: ‘before Freud, sex was an activity, for procreation or for recreation; after Freud, sex is definitive of who we are, as individuals, as societies, and as a species’ (221). It does not matter that his theories have now been discredited, his ideas live on as axiomatic foundations of our culture.

As Trueman makes clear: ‘Once identity was understood to be sexual, then it was only a matter of time before sex became political’ (266). Here Trueman examines Critical Theory – a modification of Marxism into the world of identities. Now the traditional family becomes a unit of oppression because it restricts people’s expression of their identities. Children must be liberated to discover their identities through sex education, setting the stage for a struggle between the state and parents.

It is fair to see all this as in some ways a deliberate and decisive battle with Christianity. Central to Christian ethics is sexual morality; destroy that and you destroy Christianity. Pornography has its ever-increasing role to play in trivialising sex and detaching it from any ethical context. As Trueman comments: ‘The triumph of pornography is both evidence of the death of God and one means by which he is killed’ (297).

In legal terms, the triumph of the sexual revolution was the legalisation of same-sex ‘marriage’. Trueman shows how the legal ruling in Obergefell v. Hodges in 2015 did not arise in a vacuum. Other legal cases paved the way for reinterpreting the US Constitution to require recognition of ‘one’s own concept of existence’ (303), for example. Thus, even the law becomes based on expressive individualism, and ‘marriage’ is not just redefined, it is destroyed. The combination of no-fault divorce and same-sex ‘marriage’ serves to render ‘marriage’ meaningless. What is to stop it extending to more than two people, or even beyond people to animals or objects?

Now it is all too easy to see how transgenderism became plausible: Identity is king, and we create our own identities. How dare you challenge my identity? But society cannot survive with no objective basis for morality, law, or ethics for very long. Expressive individualism is inherently unstable. If gender really is a construct, then so are the whole range of sexual identities too. One day this crazy world will finally collapse, and those who supported it will clearly be on the wrong side of history. But in the meantime, how should the Church respond?

Trueman concludes with what he calls an ‘unscientific prologue’ which offers some introductory thoughts on the way forward for the church from here. Step one is to understand where we have come from, and there is no better book than this one to help with that. Trueman cautions the church not to adopt or accept the narratives of the revolution. We should seek to present a reasoned case for Christian morality rather than emphasising testimonies, personal experience, and identities. The church must also cultivate community, and recover natural law and a high view of the physical body. Trueman sees parallels in today’s culture with that of the second century church when similar challenges were overcome by a marginalised church in a hostile sexualised culture.

If, like me, you have ever wondered how transgenderism triumphed in our culture, then this is the book for you! It is not a light read, but it is rich and rewarding in its analysis. Trueman’s ‘concluding unscientific prologue’, only really hints at the way forward. One could wish for more. That said, Trueman demonstrates with this book that understanding the past is crucial to understanding the present.

Trueman has served the church well with this book. A wealth of research is distilled into this volume. Cultural analysis doesn’t come better than this. If you want to understand how the sexual revolution triumphed you should read it.