Pride Month: Can an employer require promotion of Pride?

Can an employee be forced to participate in Pride? The Christian Legal Centre’s Roger Kiska outlines what employees’ and employers’ rights are.

June is Pride Month. More than that, this year, the UK will be celebrating 50 years of Pride. With Covid regulations now essentially fully relaxed, employers may be more zealous than ever in celebrating Pride. This could take many forms, from requiring employees to wear rainbow lanyards to actual Pride celebrations and participation in Pride parades.

While employers think they may be promoting equality, they may in fact being doing the opposite, by enforcing practices which are discriminatory and may also violate sections of the Human Rights Act 1998. The reason for this is that Pride represents a political and moral set of values and views which are partisan in nature. Often unwittingly, employers ignore the fact that Pride is inherently political. 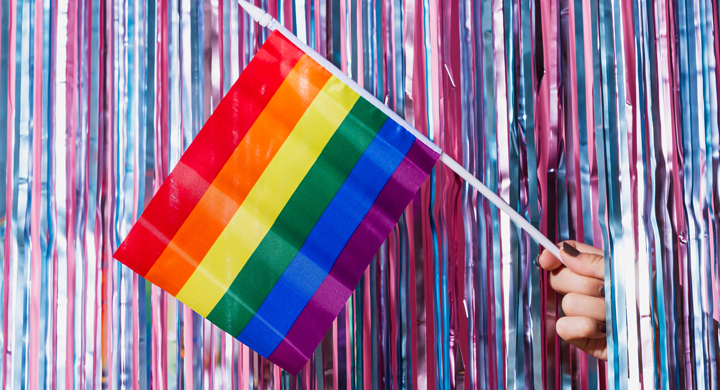 Identifying as LGBT and LGBT campaigning are not synonymous. The former is about sexual attraction and the latter about political activism and worldview. Not all people who identify as LGBT are LGBT campaigners, and not all LGBT activists identify as LGBT. As the Supreme Court explained in the Ashers Bakery Case, support for particular LGBT causes is not a proxy for any particular sexual orientation. Ashers Bakery famously refused to bake a cake for an LGBT campaigning organisation supporting same-sex marriage in Northern Ireland. The bakery’s right to exercise their conscience in not preparing the cake was upheld by the Supreme Court on the basis that the bakery objected to the message being proposed by the client, and not his sexual orientation.

The same is true about Pride. At its historical core, Pride celebrates the 1969 Stonewall riots and the LGBT campaigning that has grown from it.

LGBT group Stonewall, for example, is unashamedly political. It routinely releases election manifestos which are readily available in the public domain and widely publicised by Stonewall itself. While some of their demands are about sexual orientation as a protected characteristic, many of their political demands go well beyond and would require vast sums of public expenditure, changing existing laws, changing the national census, changing the way we sign official documents, overhauling entire institutions, and changing foreign policy. Some of their demands include asking the government to defund any organisation that is not ‘LGBT friendly’, such as the Salvation Army. They also demand that LGBT asylum seekers be given preferential treatment by having them bypass the detention centres that every other asylum seeker must enter; changing blood donation rules and surrogacy laws, and making HPV vaccinations gender neutral.

All this is not to be disparaging of LGBT campaigning. As campaigners they have every right to engage the democratic process. But to suggest that Pride, LGBT symbology, LGBT education or LGBT employment training is politically neutral is demonstrably false.

This also extends to Pride events. Pride is not value neutral. There is a palpable political and campaigning element to Pride. Rather than hiding this fact, Pride organisers embrace it. Leading LGBT campaigner Peter Tatchell has called Pride political activism with a carnival-like atmosphere. Tatchell played a role with the Gay Liberation Front when it drafted the Gay Manifesto.

In an article for the Guardian published on 6 August 2013, and reproduced on his personal webpage, Tatchell wrote about the applicability of the Gay Manifesto to LGBT campaigning today:

“The core, ground-breaking message still rings true: that true queer emancipation involves changing ourselves and then changing society, rather than adapting to it. What’s required is a revolution in culture, to overturn centuries of male heterosexual domination and the limitations of traditional gender roles.”

Tatchell is not alone in his thinking. The North West LGBT group, through its official campaigning publication, has called Pride inherently political. In another example, Hull Pride labels their events as a celebration of protest.

Mainstream media has also noted the political and protest element of Pride. The Guardian, in June 2019, praised the London Pride event commenting that: “Tens of thousands will head to pride…which was in danger of losing its political edge.” Like the Guardian, the BBC also praised the political element behind Pride events in the UK, acknowledging that: “The political element of Pride is still there.” The UK edition of the Vice Newsletter has also recently spoken to the political proselytism inherent in Pride events, noting that the activists who started UK Pride are demanding a return to its revolutionary roots. FairCop, a campaigning organisation challenging the wokeness of Britain’s policing, has provided a plethora of such examples, including several of those noted above.

In fact, in 2018, pro-LGBT Swedish researchers published a research book on the political and campaigning elements of Pride events entitled, ‘Pride Parades and LGBT Movements: Political Participation in an International Comparative Perspective.’ The book is advertised as being of interest to political scientists and those who are interested in social movements, comparative politics, political behaviour and political participation. The book compares the political actions and motivation behind parades across Europe, including within the United Kingdom. The book is generous with terms such as LGBT activism, political mobilisation and protest dynamics.

What if your employer tells you to join in with Pride?

Being an employee does not mean you have to check your rights in at the door. The law protects your religious and philosophical views, and your employer cannot require you to support or affirm Pride. Similarly, your employer cannot require you to hold beliefs which you do not. The right not to hold a particular belief is absolute. This includes the right not to have to manifest or promote Pride. The European Court of Human Rights has been clear that an employer must balance its interests with the rights of employees. Those rights include freedom of religion and belief, freedom to conscientiously object to supporting Pride, freedom from being subjected to discriminatory Pride policies, and the right not to have to participate in a public assembly in support of Pride.

Never be afraid to live out your faith

It can be difficult thing to be a Bible believing Christian where an employer is keen on celebrating or affirming Pride. There can be a great deal of moral pressure from an employer, colleagues or HR to take part.

If you find yourself in such a situation, first pray for wisdom and grace. Approach your employer, explaining the nature of your conscientious objection, being clear that your objection is not about disparaging or disrespecting any other person; regardless of their sexual orientation, it is about living out your faith. Christian belief is as protected under the Equality Act as sexual orientation. In fact, under the law, refusing to participate in Pride is not an act of discrimination, whereas forcing a Christian to participate is.

Wisdom and prayer are clearly needed in these situations. But if, because of your sincerely held beliefs, you feel that you cannot participate and as a result are facing some form of discipline, and addressing the issue with your employer does not accomplish what you hoped it to, please do not hesitate to contact the Christian Legal Centre. Tolerance is a two-way street and equality applies to all with protected characteristics, including religion or belief. Never be afraid or ashamed to live out your faith.

“For whoever is ashamed of me and my words, of him will the Son of Man be ashamed when he comes in his glory and the glory of the Father and of the holy angels.”