Welsh LGBT plan ‘could lead to prosecution’ of church leaders

The Welsh government has admitted that its plans to ban so-called ‘conversion therapy’ could lead to the prosecution of religious leaders.

The equality impact assessment for its draft LGBTQ+ action plan says, “A proposal within the draft plan to ban conversion therapy practices may restrict religious freedoms and place faith leaders at risk of prosecution.”

Eminent human rights QCs had already warned that bans on ‘conversion therapy’ could breach human rights due to their unjustified impact on religious freedom. The document waves aside these concerns, claiming that conversion therapy causes harm but producing no evidence to justify the claim. This is in stark contrast to the same document’s approach to single-sex spaces, where it brushes aside gender critical concerns as ‘anecdotal’.

Andrea Williams, chief executive of Christian Concern, commented, “Ever since the government announced plans to ban ‘conversion therapy’, we’ve warned that the ban would hit Christian ministries and pastors the hardest. Now even the Welsh government has recognised the danger, but brushed religious freedom concerns aside.” 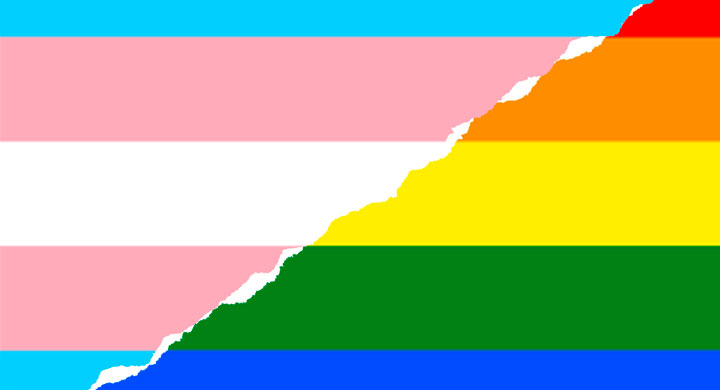 The draft action plan pledges to “ban all aspects of LGBTQ+ conversion therapy and seek the devolution of any necessary additional powers”. ‘Conversion therapy’ is a broad and vague term, invented by gay rights activists and has been used to refer to many consensual and non-abusive practices including pastoral help and prayer for same-sex-attracted people to live in line with their beliefs. It also refers to help for gender-confused people to reduce their dysphoria to live in harmony with their biological sex.

No one in the UK is publicly defending genuinely abusive therapies that have been attempted in the past or elsewhere in the world. These are already illegal or not known to be practised in the UK, meaning that a ‘conversion therapy’ ban would only target consensual support, including pastoral counselling and prayer.

Expert panel neither independent nor objective

An ‘Independent Expert Panel’ on LGBTQ+ issues has published some recommendations for the consultation. The ‘independence’ of this group has been criticized since most of the panel members are closely linked to the Welsh government or actively hostile to gender-critical stakeholders.

For example, Lu Thomas, listed as an independent member of the panel, was chair of Pride Cymru which receives Welsh Government funding. She brands gender critical women as ‘TERFS’ on her Twitter feed.

Kate Hutchinson, another panel member, is a male-to-female transgender who is also a director of Pride Cymru and helps run other Pride events. Panel member Lisa Cordery-Bruce is also a Pride Cymru director. The panel also includes three members of Glitter Cymru – a BAME LGBT group.

The consultation has also faced criticism for threatening to report consultation responses to the police. The consultation page initially threatened to report “any responses that contain hate speech”. This has now been changed to mentioning offences in relation to “hate crime” and asking respondents to ensure that their response is lawful.

‘In the thrall of ideologically-driven activists’

Andrea Williams, chief executive of Christian Concern, commented, “The Welsh government is in the thrall of ideologically-driven activists. Many people have reasonable concerns about its approach to LGBT issues, shown in the action plan and its approach to the consultation.

“An unwarranted, broadly-worded ban on ‘conversion therapy’ would only truly clamp down on the religious freedom of same-sex attracted and gender-dysphoric people who want help to live in line with their freely-chosen convictions.”