Devon and Cornwall Police have told a Christian pastor that if he offends the LGBT community he could be breaking the law after he posted a comment on a social media thread that welcomed the cancellation of a local gay pride event.

Pastor Josh Williamson, 34, of Newquay Baptist Church, was warned by police to keep his views in a ‘safe environment’ after being targeted by a wave of anti-Christian abuse – including threats of violence and calls for his church to be burnt down.

On 13 August 2020, Josh responded to an article on a local news outlet’s Facebook page, which reported that this years’ Cornwall pride would be cancelled. He simply posted: “Wonderful news!”

Asked by an online user why the news was wonderful, he responded saying “because I don’t think sin should be celebrated.” Answering further questions on his views he quoted from the book of John, James, and 1 Corinthians 6:9-11.

On his personal Facebook page Josh then shared the news article and commented:

“Hallelujah!! We prayed at our prayer meeting on Tuesday night that this event would be cancelled. We also prayed that the Lord would save the organisers. One prayer answered, now we wait for the second prayer to be answered.”

Organisers of Cornwall Pride searched his personal page, took a screenshot of the post, and then tagged Newquay Baptist Church and posted it along with negative comments made by other users about gay pride.

By blocking out the names on each comment and mentioning Newquay Baptist Church, it appeared that they had all been made by Josh.

Online threats followed against the pastor’s wife and his head was superimposed onto an image of homosexual pornography, which was then shared online.

Cornwall Pride then called on as many supporters as possible to report the pastor to the police for hate speech and hate crime.

LGBT sympathisers threatened that they would protest at his Sunday services, would seek to have the church’s charity status revoked and have Josh deported to his native Australia.

Following these threats, Josh was invited to a meeting by a transgender member of the community. He accepted the invitation, in effort to share his actual beliefs, and met for an hour with two members of Cornwall Pride to discuss matters.

At the meeting, Josh reiterated his stance and Christian beliefs and welcomed members of the LGBT community to attend his church. Hoping to help them understand his position and beliefs, he ended the meeting by sharing a leaflet, with permission, on what the Bible says about homosexuality.

Images of the leaflet were shared throughout the LGBT community, creating a perception that Josh was distributing them widely, which he was not.

With further calls for police to investigate Josh for a ‘hate crime’, a post in an LGBT group called for Newquay Baptist Church, which often houses families, to be burnt down. Another user agreed, responding: “LETS BURN A CHURCH! LETS BURN A CHURCH.” 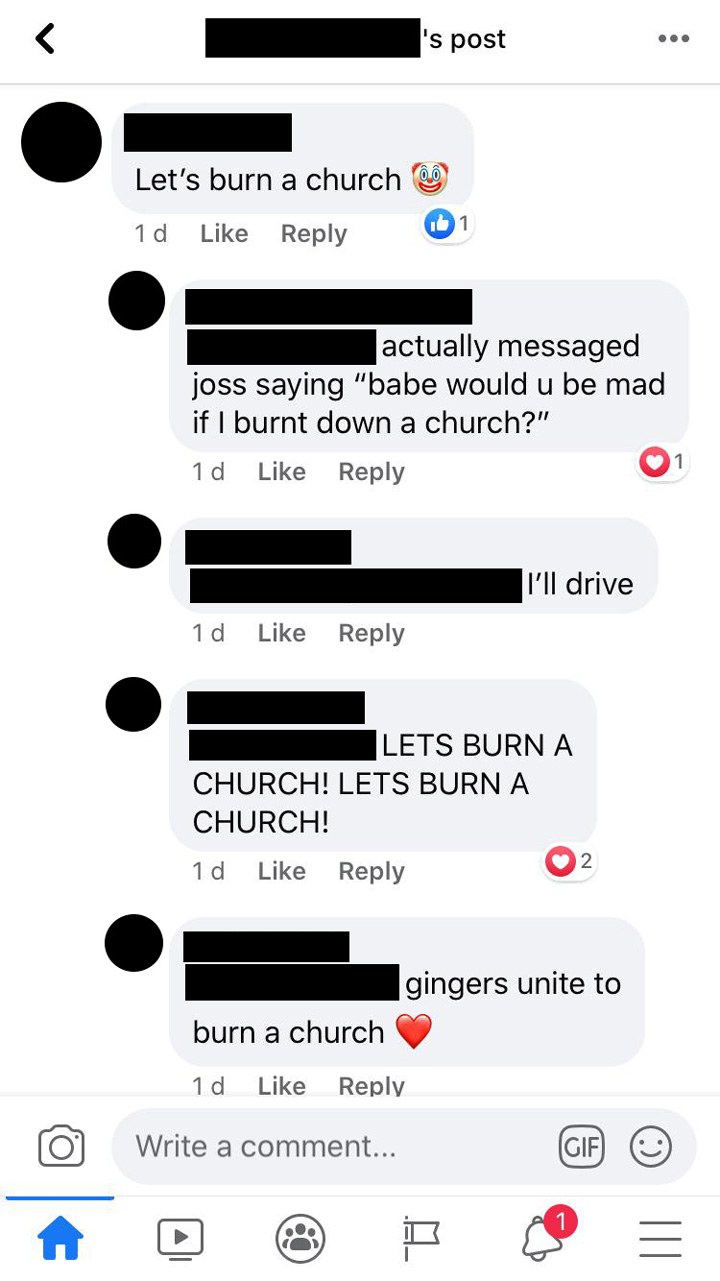 Reporting the threat to Devon and Cornwall Police, which sponsors Cornwall Pride, Josh was told that the situation was ‘complex’ and that they did not believe the threat would materialise.

The police stated that they were working with both sides to pacify the situation, but also stated to Josh that he should make sure he ‘did not offend’ anyone in the LGBT community in future to avoid breaking the law.

Josh commented: “My family and I, and our church community, have been very concerned by the level of anti-Christian abuse and threats of violence that we have been targeted with over the past few weeks. The police have not formally spoken to me about any hate crime or sought a witness statement to look at the various online comments which have included threats to burn down our church.

“As Christians we seek to speak the truth in love and would readily welcome all people to our services. The Bible, however, proclaims a message of repentance which calls on all people to turn from their sin and to trust in Christ. It would be unloving for us to remain silent about what God’s Word says in relation to human sin, including all forms of sexual sin. We therefore, must proclaim the truth that homosexuality is a sin, but that God loves sinners and Jesus can forgive all our sins.

“Newquay Baptist Church is made up of sinners who have been forgiven by a wonderful Saviour; since this is the case, we would invite all people, including the LGBT community, to come to our services. Our desire is that all would come to know and love Jesus.”

Andrea Williams, chief executive of the Christian Legal Centre, which is supporting Josh, said: “It’s becoming worryingly common in the UK to see threats and calls for violence against Christians for voicing their simple opposition to LGBT Pride. Police forces should show Christians they take this seriously by protecting their free speech against mob threats rather than by seeking to keep Christians quiet.

“Christians are called to repay evil with good – I have no doubt that Pastor Williamson will continue to share the reality of sin and the good news of Jesus Christ with the people of Newquay.”

Find out more about Josh Williamson
View other articles
|