A woman who experienced a crisis pregnancy is speaking out after she was coerced by a senior member of the abortion industry to create allegations against a doctor who tried to help save her baby’s life.

‘Kate’, who is in her 40s, remains distraught that Jonathan Lord, medical director at MSI Reproductive Choices (MSI, formerly Marie Stopes International), harassed her to the point she had to block his number while recovering from serious post-abortion complications.

She states that her case was used by Lord, without her consent, to form the basis of a complaint to the General Medical Council (GMC) regarding Dr Dermot Kearney’s provision of abortion reversal treatment.

The complaint is now being investigated by the GMC despite Kate crediting Dr Kearney with saving her life during her crisis pregnancy.

This story is the latest in a series of serious incidents involving MSI and their services. In 2017, for example, a report from the Care Quality Commission found that MSI staff were being paid bonuses to persuade women to have abortions.

After falling pregnant in March 2021, Kate self-referred herself to MSI, but was torn on whether or not to terminate the pregnancy. However, after receiving the abortion pills to take at home via the government’s DIY abortion service, she decided to go ahead and take the first pill. Kate says she was “instantly distraught and could not stop crying.”

Urgently seeking help via the abortion reversal helpline, she was contacted by Dr Dermot Kearney, an experienced medical consultant who provides emergency care, who told her what she could do to give her 20-40% chance of saving the pregnancy.

She says of Dr Kearney that he was “amazing. He was not judgmental, was very professional, and he was realistic about the success rate after prescribing me with progesterone from my local pharmacy.”

Despite Dr Kearney’s intervention, Kate panicked and phoned Marie Stopes and told them about the progesterone and asked them whether they believed the abortion could be reversed. She was told it would not work and that she must take the second abortion pill.

Over the following days due to having taken the first abortion pill, Kate sadly miscarried, became very unwell and had to call an ambulance twice. Marie Stopes failed to provide proper aftercare and Dr Kearney supported her throughout the crisis.

Kate subsequently had an infection and had to have an emergency operation to remove retained products of conception.

Data suggests that during the pandemic 495 women each month require similar emergency care after going through ‘DIY’ home abortion.

Following the experience, Kate says she was ill “for three months and had to give up everything.” 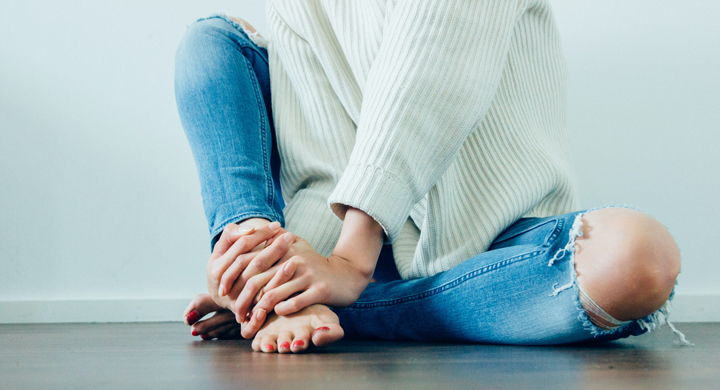 Highly vulnerable, Kate began her recovery, but on 28 April 2021, she was contacted out of the blue by MSI’s medical director, Jonathan Lord, on his personal mobile phone. Kate describes what happened:

“He said to me that he was glad his NHS colleagues were now looking after me, but all he wanted to know was where I got the progesterone. He tried to manipulate me to say I had concerns about Dr Kearney’s intervention.

“He suggested that he could fast-track me through the system to get counselling if I gave him what he wanted. It felt like a passive aggressive bribe and that I wasn’t a human being, I was just another number.

“I blocked his number because I was very unwell and didn’t want to speak to him. He was insistent that I gave him the information he wanted even though I told him I was unwell. He then followed up with an email and told me the GMC would be in touch about the progesterone. I felt scared and pressurised by him at a time when I was vulnerable.

“Marie Stopes are to blame for what happened to me, not Dr Kearney. I have been used by them for this complaint and in so doing they have breached my confidentiality.

“I am still in touch with Dr Kearney. He did not push anything on me – he just cared. If it wasn’t for him, I think I might even be dead by now.”

“I felt like a part of me was being taken away when I took the first pill. I sat on the floor and could not stop crying.

“They are clutching at straws with this complaint. They are trying to bring down someone who is kind and caring and compassionate.

“I think they should drop the case against Dr Kearney. Women in a crisis need more doctors like him.”

In May 2021, Dr Kearney  became the first medical doctor to be prohibited from providing a treatment that saves lives.

Dr Kearney, who is being supported by the Christian Legal Centre, was leading an emergency abortion rescue service for women who have immediate regret after taking the first of two abortion pills, Mifepristone, and want to try to save their pregnancies.

However, at an interim hearing at the Medical Practitioners Tribunal Service on 12 May 2021, Dr Kearney was banned for 18 months from providing the treatment pending an investigation.

The decision came despite Dr Kearney having helped numerous women to reverse the effects of the abortion pill and go on to give birth to healthy babies.

‘Where is the care for women?’

Andrea Williams, chief executive of the Christian Legal Centre, commented: “This is shocking behaviour from MSI and Jonathan Lord. They talk about care for women when here there clearly was none.

“Jonathan Lord is clearly ideologically driven and determined to stop Dr Kearney who was saving the lives of women and children who have been so badly treated at the hands of the organisation he is the Medical Director for.

“Jonathan Lord’s behaviour throws the whole complaint under a shadow. The General Medical Council should quickly conclude their investigation and exonerate Dr Kearney.

“We would also like to see the service Dr Kearney has provided in the past made available to other women.

“Women should be properly informed, as a matter of course, that the baby’s death is not inevitable after the first pill is taken.

“We have seen many women immediately regret taking the first abortion pill. Dr Kearney offers hope and the possibility of saving the pregnancy when this happens. He should have the freedom to do it.

“The Department for Health and Social Care should not be placing so much trust in these providers. It is time for independent bodies and examiners to shape abortion policy, not abortion providers ideologically wedded to abortion at any cost.”

Find out more about Dermot Kearney
View other articles
|