Communications Officer Rebekah Moffett catches up with Christian Legal Centre client Felix Ngole after his graduation from the University of Sheffield to become a social worker.

When Felix Ngole began his Masters in Social Work at the University of Sheffield in 2014, he couldn’t have imagined the journey it would take him on.

Less than two years into his course, Felix was removed after he made comments on his personal Facebook page in support of Biblical teaching on marriage and sexual ethics. What followed was a four-year legal battle, culminating in a landmark victory for Christian freedoms in July 2019.

His amazing win at the Court of Appeal not only upheld the rights of UK Christians to freely express their faith but also made it clear in law that Christians very much have the right to express Biblical views on social media and elsewhere in public without fear for their professional careers. In addition, the ruling also made it clear that holding and sharing Biblical views does not mean that someone will act in a discriminatory way.

It also secured Felix’s return to the University of Sheffield to complete his degree and finally graduate as a social worker.

Now, in October 2022, following an expulsion, years of legal challenges, reinstatement at his university and plenty of hard work, we are delighted that Felix has now graduated. 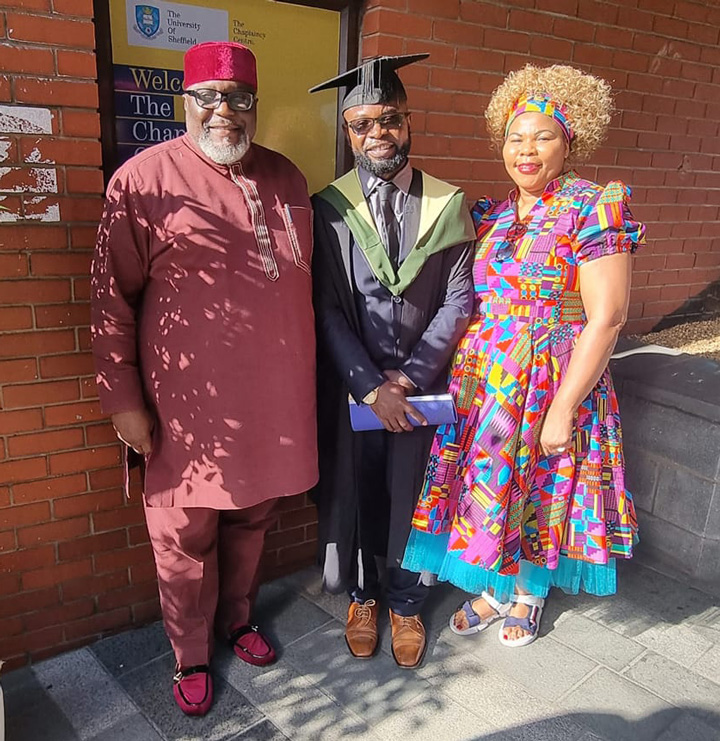 Throughout the whole battle and now in his graduation, Felix never forgets that it was the Lord who sustained him. He comments: “All glory to God, God is good. God is faithful. It is extra special to see his promises come to pass, and this is one of those days that I give glory to God – all the glory, all the honour to our Lord Jesus who has been faithful and kind.”

His faith in the Lord Jesus is clear for all to see – the faith he was unashamed to share on social media all those years ago, which led to his expulsion. In fact, as he went up to receive his degree, he bowed down in prayer to worship the Lord who has brought this about.

Asked if he would make the same stand again, Felix replies: “The Bible is still God’s word. It’s infallible and forever true. Standing for truth and justice is what we’re all called upon to do. I will never be shy or intimidated to take a stand for the truth. Yes, I would do the same again without a second thought.”

Now, six years after starting the arduous process of legal challenges, Felix describes himself as “elated” at having graduated: “I am glad that I’ve finally completed my course after six years of fighting for justice.”

But surely it can’t have been easy going back to the university that expelled him?

“It was challenging to go back after they had expelled me for believing in the Bible. It was difficult to listen to themes such as anti-oppressive practice, fairness, etc. It was difficult to reconcile what I was being told in class and what happened to me during my experience at the university.”

But Felix also says there were encouragements along the way.

Despite the difficulty in securing a placement, Felix’s victory in 2019 represented a major victory for free speech.

His wife, Pepsy, explains that although they had received a word from God about Felix shaping laws in the UK, they never expected it to come about like this: “I clearly heard the Holy Spirit say, ‘I will use your husband to change policies in this country. I laughed because I knew that he wasn’t interested in becoming a politician! I shared that with Felix and we started speculating what that meant. We laughed, thinking is he going to be an MP, or a politician, or maybe the next Prime Minister in this country? But we just prayed and gave it back to the Lord, saying, ‘we don’t know how you’re going to do this.’ And then it all started!”

Felix further explains: “It is so funny because I think I was the first student to take a university to court in this country based on such a situation. No student had ever taken the university to court before because they were excluded for preaching about marriage. Laws have now changed, universities are taking notice of the fact that just because you are Christian, it doesn’t mean that you are going to discriminate against anyone. So the university had to change its policies as well. The Minister of Education at the time actually made a speech referring to my case.

Felix is also quick to thank the team and supporters of Christian Concern, which supported him throughout his case.

“I can’t thank Christian Concern enough. They fought like lions and God gave them the speed and the grace and the knowledge to do it, and I just thank them for it.

“I can’t put into words the support and encouragement I received from Christian Concern and the Christian Legal Centre. It’s the main reason why I stayed on the course until the end. At one point, I thought I’d had enough and was ready to quit. I am thankful especially to Andrea, Rob and Pastor Ade, who were firm in saying to me that that can’t happen. Their love, encouragement, counselling, prayers and determination to see me succeed is what saw me through those very difficult and challenging moments.”

So what is Felix’s plan now?

“Although I already have a job which I love, I am considering a social work role. However, whether I practice as a social worker or not, I have gained a lot of skills that would enable me to support the most vulnerable in my community. That is where my heart is. I believe that is where the Lord’s heart is too. I am confident the Lord is up to something!”

Find out more about Felix Ngole
View other articles
|