Families to challenge secrecy in end of life cases

Tomorrow at the Court of Appeal in London, two families will challenge the secrecy of life and death proceedings in the Family Division of the High Court.

The conjoined appeal concerns the limits of the power of the courts to impose reporting restrictions in cases such as theirs. These restrictions prohibit the naming of witnesses as well as the identification of non-parties indirectly connected to legal proceedings.

The issue has arisen in two cases concerning the withdrawal of life-sustaining treatment from two children.

Parents Rashid and Aliya Abbasi and Lanre Haastrup, who are being supported by the Christian Legal Centre, were the subject of best interests proceedings brought by hospital trusts who wished to withdraw, against the parents’ wishes, life-sustaining treatment from their children.

The Abbasis have described the ‘toxic environment’ surrounding the medical care of their daughter which involved the shocking arrest of father, Rashid, caught on police video. 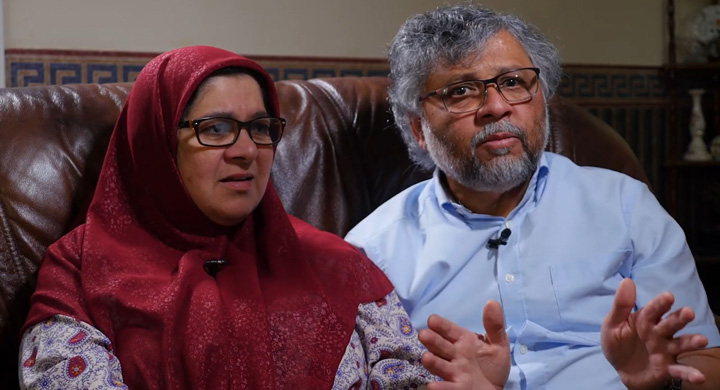 In both cases the hospital trusts concerned obtained extremely broad, world-wide reporting restrictions. These restrictions have prevented the press from exploring the serious concerns that both sets of parents raised about the processes surrounding the treatment of those children.

The gagging orders have prevented both sets of parents from telling the full stories of what happened to them, and from revealing the decisions made surrounding the end-of-life care of their seriously ill children.

Reporting restrictions in such cases usually cease when the child’s life ends. However, in these two cases the High Court ruled that they should continue indefinitely.

In June 2021, when the families originally brought the case challenging the restrictions, the President of the Family Division, Sir Andrew McFarlane, held that identities of all clinicians involved in end-of-life cases should remain secret forever, long after the case is over and the child is dead.

The rationale put forward was to keep secret the identity of clinicians involved in case of any public backlash.

This ruling represented a change of the law compared to the system established by his predecessor Sir James Munby, who repeatedly stressed the importance of open justice in family courts, and in particular, that only individuals (but not classes of people) can be anonymised if there are special reasons for doing so.

The families appealed this ruling in May 2022 and won the right to appeal with lawyers for the parents arguing that the High Court had erred in law, that restrictions are no longer justified and their continuation breaches Article 10 of the European Court of Human Rights (ECHR).

Handing down judgment, the Rt. Hon. Sir Geoffrey Vos, ruled that: “At the very least there is a good reason for the Court of Appeal now to consider the legal position affected given the appropriateness of a general order allowing all treating staff of a particular NHS Trust anonymity in these circumstances…it is time for the Court of Appeal to consider the questions raised by these two very sad cases…in the current context including the new approach to transparency in the Family Division. For these reasons I will allow permission to appeal on all grounds.”

Ahead of tomorrow’s hearing, the Abbasi family, said: “We are pleased that due to our patience and the perseverance of our legal team we have been granted a long overdue opportunity to appeal a gagging order “in perpetuem”. This order should have ended when our daughter, Zainab, sadly died.

“We hope a successful appeal will allow us the freedom to discuss our legitimate views about the care of our daughter.

“This is in the wider interests of all patients and in particular children with special needs which have been overlooked.

“This is a small step in achieving greater gains and advocating for all patients in general, but particularly children like Zainab whose care and rights are often ignored by those who should care for them.”

Lanre Haastrup, Isaiah’s father, said: “The decision of the Court of Appeal earlier this year was apt. The Court in its wisdom reached the decision because our case is strong and arguable. We are not busy bodies; the Court recognised the importance of the case that is the usurpation of freedom of speech. Not only has the hospital negligently harmed Isaiah but the notion that we cannot name individuals at our discretion adds further insult.

“It is a difficult case for the Court, but the time has now come, and society has developed to the stage, where we can no longer accept clinicians hiding behind the veil, so to speak.

“Justice is multifaceted and not the preserve of the Clinicians. We look forward to the hearing and the eventual judgment and hope the Court finds merit in our case and lift the reporting restrictions not only for us but in the wider public interest.”

Andrea Williams, chief executive of the Christian Legal Centre, said:“The fundamental principle of open justice is at stake in these cases.

“The whole system needs a major overhaul. These tragic cases occur in a shroud of secrecy. Nothing breaks through because of the way in which the law operates to prevent close and open inspection and accountability. Parents are expected to navigate a complicated system weighted against them. This has to change.

“Sadly there have been other similar cases, from Alfie Evans to Charlie Gard, where deeply disturbing decisions have been made by treating clinicians, police and the courts. The family, in their grief, have the whole legal machinery tumble down on them and no one advocating for them during the most harrowing life experience anyone could imagine.

“When our society and frontline services unilaterally decide that death is in a child’s best interest, and the parents are left powerless in the face of the ‘system’, it has to be exposed.

“We hope and pray for justice this week.”