This month, an NHS doctor banned from providing life-saving treatment for unborn babies and women in crisis pregnancies will seek to revoke the order at the High Court.

Dr Dermot Kearney, an experienced medical consultant who also provides emergency care and is a former President of the Catholic Medical Association (UK), has been blocked from providing the treatment for up to 18 months by an Interim Orders Tribunal, following a referral from the General Medical Council (GMC).

In May 2021, Dr Kearney was prohibited from providing emergency abortion pill rescue therapy (APR) which involves administering the natural hormone progesterone to a pregnant woman who wishes to urgently reverse the effects of the first abortion pill, mifepristone.

Supported by the Christian Legal Centre, Dr Kearney will now have his case heard at the Royal Courts of Justice on Thursday 24 February 2022, where lawyers will submit that the interim order against him should never have been made and should be discharged.

They will argue that the general dispute about the safety and ethics of APR therapy is outside the GMC’s remit and that the evidence against Dr Kearney fails to demonstrate a real risk of impairment of fitness to practise.

They say that the measures are disproportionate and that the evidence fails to demonstrate that the conditions are necessary for the protection of the public. 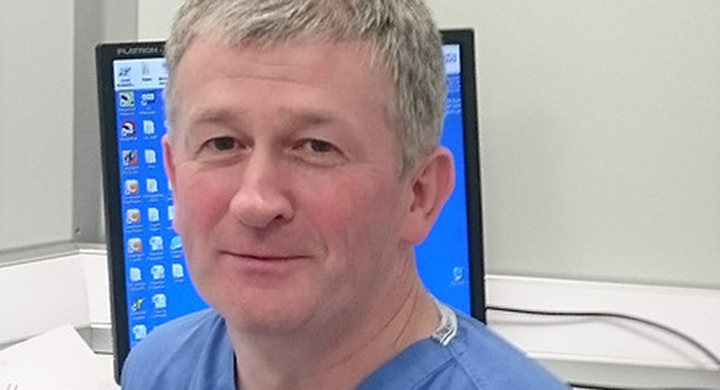 The pandemic has seen a spike in women seeking APR following the government’s controversial double u-turn introducing abortion via telemedicine.

Ever since March 2020, abortion providers in the UK have been legally permitted to send out by post the two pills that induce medical abortion.

This means that women who are under 10 weeks pregnant can currently request, receive and take these pills without any human contact other than a short telephone call, often with someone who is not medically qualified.

One woman has described the process of getting the abortion pills as “easier than getting a takeaway” and serious safety and ethical concerns have been repeatedly raised in parliament.

The service was introduced without parliamentary debate or scrutiny and has led to thousands of vulnerable women having unsafe and traumatic abortions at home without proper advice, medical supervision or aftercare.

Thousands of women who have taken both pills and had an abortion at home have had to call 999 for urgent support and have needed emergency surgery.

Women have instantly regretted taking the first abortion pill, and, instead of taking the second pill, have sought emergency support to save their pregnancy.

To date, 32 women who received APR treatment from Dr Kearney have given birth to healthy babies. There has been a 55% success rate (live births following the administration of the medication) following the treatment which is more than double the survival rate of 20-25% following expectant management alone (without Progesterone administration) as found in a previously published study.

In recently published guidance, health watchdog NICE has recommended the use of progesterone by women who experience bleeding in early pregnancy and have had at least one miscarriage (see BBC report).

NICE’s chief executive, Professor Gillian Leng, said the natural hormone which helps prepare the womb for a baby, is: “of benefit to some women, and as an inexpensive treatment option, can be made available to women on the NHS from today”.

Misleading claims of dangerous side effects

Abortion providers claim APR is dangerous and should be banned but have failed to provide any credible evidence to support their position. They frequently cite a trial by Creinin that was abandoned for safety concerns, but fail to mention that negative side effects were seen amongst the group that was given placebos.

Two of the three women in the study who suffered haemorrhage requiring emergency care were given placebos following mifepristone administration. Only one had received progesterone. One of those three, notably in the placebo group, required a blood transfusion.

The main author of the study, Dr Creinin, an outspoken critic of APR, stated that enrolment for the study was discontinued prematurely “for safety reasons after the third patient required emergency evaluation and a transfusion.” It had been intended to recruit forty women in total for a complete study.

Citing this study, it has been concluded by opponents of APR that progesterone administered in this context represents a serious danger to women. However, the limited findings of this study in no way support the idea that APR treatment is dangerous.

Since news broke that Dr Kearney would be prohibited from providing APR, many women helped by him during their crisis pregnancies have come forward to support his legal case (names changed for anonymity).

Falling pregnant during lockdown, Rachel felt she could not go through with the pregnancy on her own.

She says she ‘impulsively’ made an appointment at an abortion clinic and when she arrived the next day, she says she was in ‘hysterics’.

“While they were doing the scan, I could not stop crying”, she says. “The staff were unconcerned and frustrated with me. I received no support, no guidance or even compassion as to what I was feeling and about to do.”

Feeling under pressure, Rachel took the first pill and regretted it. She asked the doctors at the clinic whether it was possible to reverse what she had done, and they said it was not.

Going home, she phoned the father of the child, Adam, who was in another region of the country, and told him he needed to drive to her home and help her urgently.

After researching whether an abortion could be reversed, the couple made contact with Dr Kearney who advised them that they needed to get to a pharmacy before it closed that evening to have a chance of saving the pregnancy.

After getting a prescription of progesterone to begin the treatment, the couple both broke down in tears in their car – such was the relief that someone was there to support them no matter what the outcome.

Weeks of guidance and support from Dr Kearney followed, resulting in Rachel recovering the pregnancy and giving birth to a healthy baby boy.

“He was incredible,” Rachel says. “He was kind, he did not pressurise me, he set realistic expectations and also helped my partner who had questions.

“If it wasn’t for Dr Kearney, our child would not be alive,” she says. “We have not once regretted the decision to reverse the termination and we are grateful to Dr Kearney for being there for us.”

The father of the miracle baby has also spoken of the experience, Adam said: “It was a race against time to save our son.

“It was such a relief to have access to someone who fundamentally saved our child’s life.

“I feel blessed to have our little boy in this world. We are not religious, but that act of kindness by Dermot was like having a guardian angel with us.”

Andrea Williams, chief executive of the Christian Legal Centre, said: “The ban on Dr Kearney is wrong and should be reversed.

“We have seen many women immediately regret taking the first abortion pill. Dr Kearney offers the possibility of saving the pregnancy when this happens. He should have the freedom to do it.

“Abortion providers are putting women on a conveyer belt which means once they start the abortion process, they have to go through with it and are pressured to do so or left with no alternatives.

“Women should be properly informed, as a matter of course, that the baby’s death is not inevitable after the first pill is taken.

“Women who immediately regret taking the first abortion pill and who urgently need support to try and save the pregnancy are being denied access to care due to this ban.

“Many women feel unbelievably grateful to Dr Kearney for helping them to save their babies. Even where the babies were not saved, or where they decided to decline the progesterone treatment, they feel that he has cared for them and helped them when they most needed it. He steps into the breach where the abortion providers are manifestly failing.

“In any other area of medicine, treatment would be stopped if consent was withdrawn. Is ideology and the vested interests of abortion providers in the UK getting in the way of the woman’s right to choose?”

Find out more about Dermot Kearney
View other articles
|