The new cabinet: a moral assessment

Whilst Parliament is not sitting this week due to awaiting the Queen’s funeral, there is an opportunity to make a moral assessment of the new cabinet appointed by Liz Truss. 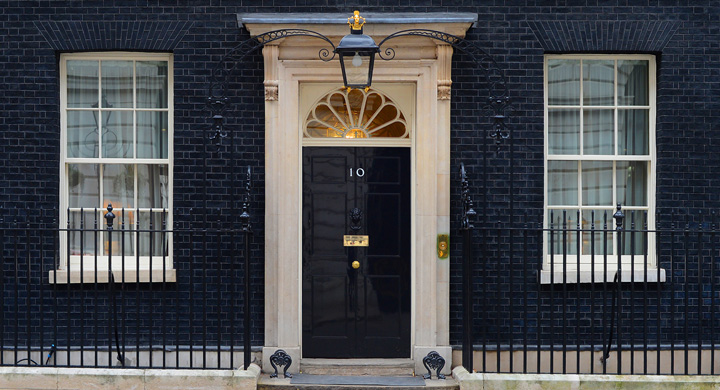 Although the Prime Minister herself has been clear and truthful on who is a woman, very few cabinet colleagues have been as courageous. The exception is Nadim Zahawi, who said that ‘a woman is an adult human female’. The others may think that they have managed to duck the challenges, but the reality is that the campaign to enforce lying is not going to go away.

Liz Truss has a lamentable record on abortion. She also voted to introduce three-parent babies in 2016. Nevertheless, there are quite a few cabinet members who have a generally pro-life voting record. Therese Coffey, the new health secretary for England, has already been strongly opposed by abortion rights campaigners for publicly opposing abortion. She recently voted against making DIY abortion permanent in England and Wales. However she also said that women’s rights to abortion ‘are not going to change’.

Most cabinet ministers have abstained from voting for or against censorship zones around abortion clinics in England and Wales. Simon Clarke, Secretary for Levelling-Up, voted against them. This is a problem given the precedent that such zones would set for freedom to pray and speak with people in public spaces. It appears that even pro-life cabinet members have not understood that pro-lifers who pray and speak with women outside abortion facilities actually help saving babies’ lives.

The new cabinet’s record on no-fault divorce is nearly unanimous – most supported it in 2020. The only opponent was Simon Clarke. In Christian terms this is a very serious problem given that Jesus Christ clearly taught against no-fault divorce.

Part of the problem with this issue is that the negative effects of no-fault divorce have perhaps not really been felt yet, unlike in places such as New Zealand where it has been around for much longer.

On assisted suicide twelve cabinet members are pro-life, with seven having abstained in previous votes, and two not being in office when this was voted on. Those in favour of legalising assisted suicide in England and Wales are very much a minority. They are Chloe Smith (Secretary for Work and Pensions), Kit Malthouse (Education Secretary for England), Jake Berry (Minister without portfolio) and Chris Philp (Chief Secretary to the Treasury).

Only 21 MPs voted against compulsory RSE in England in March 2019, twelve of those being Conservatives. None of those are in the current Cabinet. Conservative backbench MP Miriam Cates is a member of the Education Committee in Parliament. In June, she strongly criticised inappropriate RSE material published by the Sex Education Forum, the key UK-wide umbrella group of NGOs that has campaigned for RSE since the 1980s. The material divided people in gender-neutral fashion into ‘menstruators’ and ‘non-menstruators’. This is exactly due to the fact that RSE is basically compulsory LGBT indoctrination of children.

This criticism has led to numerous committee sessions debating RSE material. How cabinet ministers react to these will be important for schools in England and across the UK. The visibility of the criticism matters very much for parents, teachers and other school staff and children. As a result of Miriam Cates’ criticism, the Children’s Commissioner for England, Dame Rachel de Souza, has announced she will investigate RSE material.

As said last week, the new Prime Minister is unclear on the proposed ‘conversion therapy’ ban, though it should be said that it was she who promised government funding for the Conversion Therapy Victims’ Helpline. Kemi Badenoch, now Secretary of State for International Trade, said last year that ‘conversion therapy’ has ‘no place in a civilised society’. Penny Mordaunt, Leader of the House of Commons, and Tom Tugendhat, Minister for Security, are the two cabinet members who are known to support a ban.

The incoming Minister for Equalities Nadim Zahawi was mobbed over the summer by transgender activists at Warwick University. He had previously said he wanted to meet the student who felt hounded out of her girls’ school for defending biological sex. Perhaps all this will make him think twice about supporting a ‘conversion therapy’ ban.

The definition of ‘Islamophobia as rooted in racism’ has attracted a lot of controversy. The Conservative Party is the one mainstream political party that has refused to adopt it. Kemi Badenoch described it as ‘politically motivated’. Back in 2014, Tom Tugendhat criticised the National Union of Students for saying that criticism of ISIS is ‘Islamophobic’.

Penny Mordaunt was criticised last year for having engaged with the Muslim Council of Britain, against Whitehall policy since 2009 of ‘zero engagement’. This was implemented after it refused to sack its deputy leader, Daud Abdullah, for endorsing a declaration supporting Hamas which was understood to call for violent attacks on Jews, Israel and British troops.

Most new cabinet members have been silent on ‘conversion therapy’ and the definition of Islamophobia as rooted in racism. The problem is these are fundamental attacks on free speech and religious freedom, striking at the heart of Christian and western freedoms. Now that ministers have been appointed, they cannot avoid these issues.

As I explained in the case of the Prime Minister, it is very important to investigate their approach to the current Online Safety Bill, as this would reveal their attitudes to online communication which is so all-pervasive in our lives. Cabinet ministers’ approach to topics such as hate crime law is also highly relevant here.

It is reasonable to ask why MPs’ voting and speaking records matter. The cynic might say that anti-Christian and anti-social policies have been the norm for some time now, so why bother. Should we not just pray for a Christian revival and hope that the conversion of large numbers of individuals will start making a difference?

There are obvious answers to this kind of question. Change in public policy does not just happen by itself. It has to be made by politicians in government, and that in turn depends on them accepting good arguments for those changes. Politicians tend not to come up with good ideas by themselves – they have advisers and they listen to the public and to campaign groups. The current Education Committee hearings in Parliament are an illustration of the importance of speaking up and making our case to politicians.

The challenge of leadership

This new cabinet is going to be important to watch because Liz Truss is much more socially libertarian than many of her ministers. She has pushed abortion and same-sex ‘marriage’ on Northern Ireland, whereas most cabinet ministers did not vote to do that. Their wisdom will be much needed in the months ahead. Likewise, her indifference on assisted suicide is concerning. The anti-life lobby will never stop campaigning, and sitting on the fence is not an option when the welfare of the most vulnerable and the integrity of the healthcare professions is concerned.

This Cabinet, just like the Prime Minister, has a very mixed record morally speaking, and it is fitting to pray for all its members and their work on a regular basis.