In depth: the recent Court of Appeal ruling on puberty blockers for children

Keira Bell was prescribed puberty blockers by the Gender Identity Development Service (GIDS) when she was just 16 years of age. She had a double mastectomy at the age of 20 which has left her with no breasts, a deep voice, body hair, a beard, and affected sexual function. She is also likely to be infertile as a side effect of the drugs she took to transition; a decision she now very much regrets.

Keira, and a second claimant, the mother of a gender dysphoric child who was referred to the Tavistock but has not yet had an appointment, brought a judicial review challenging the continuing practice of the Tavistock through its GIDS, to prescribe puberty-supressing hormone blockers to children under the age of 18 who experience gender dysphoria. The claimants sought a declaration that the prescription of puberty blockers, which the claimants argued was inextricably linked to cross-sex hormone treatment, absent an order from the Court in its welfare jurisdiction, would be unlawful. Precisely stated, the aim of the litigation was to require anyone under the age of 18 who wished to be prescribed puberty blockers to first involve the court to ensure valid consent to proceed with treatment. 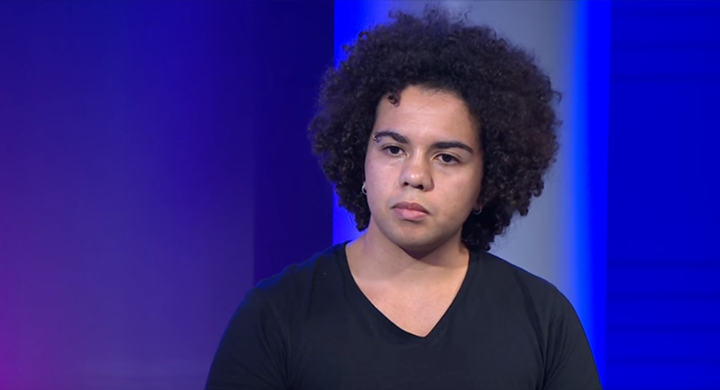 The Divisional Court, in its judgment delivered on 1 December 2020, sided with the claimants granting the asked for declaration in regards to children under the age of 16, but noting that young people aged 17 and above are presumed as a matter of law as having the ability to consent to medical treatment.

The effect of the declaration sought by the judicial review would not have changed that but would have only invited the court to play the role of arbiter of whether such treatment was in the best interests of the child and whether capacity to make such a decision was present.

In its judgment of 17 September 2021, the Court of Appeal dismissed the judicial review and set aside the Divisional Court’s declaration.

It is worth noting that the Court of Appeal’s judgment is nuanced and complex and relied exclusively on matters of procedure rather than findings of fact or value judgments regarding the harm or efficacy of medical or hormonal intervention for children suffering gender dysphoria. It is therefore important to note what the judgment is not:

The Bell v Tavistock judgment is certainly disappointing to those with legitimate concerns about the well-being of children and the astronomical increase in the number of children referred to GIDS in recent years.

The Court of Appeal makes note of this increase, highlighting as Christian Concern has often done, that only 97 GIDS referrals were made on behalf of children in 2009 compared to 2519 in 2019. It is in this context that Christian Concern has expressed frustration and concern that the manner in which gender identity is being taught in schools and the use of overly permissive and affirming transgender policies by those in charge of education and schools has led to significant contagion among young people in educational settings.

Almost universally, these policies and practices in schools are defended on the basis that the Equality Act 2010 requires them. But reason says otherwise. An odd and unintended consequence of the Bell v Tavistock judgment is that it has perhaps greatly narrowed the scope by which the Equality Act would apply to children. This is further premised on dicta from the Employment Appeal Tribunal which stated that the Equality Act 2010 applies only to a fraction of those who identify as transgendered.

The Bell court notes that GIDS recognises 3 stages of physical intervention for gender dysphoria, with the first being the prescription of puberty blockers. It further suggests that of the thousands of children referred to the Tavistock, only about 16% are referred for possible treatment, with the median age being 14-17 years of age.

According to GIDS, this first overt step would be the prescription of puberty blockers, meaning that unless a child is one of the very few referred to GIDS for puberty blocking treatment or cross-sex hormones, the Equality Act would not apply to them.

In other words, gender identity or even gender dysphoria are not synonymous with gender reassignment, the latter being legally protected with the former not being so. At the very least, such a finding should case grave doubt as to how schools and the Department for Education have been dealing with the issue of gender reassignment and children.

As this commentary has already noted, there has been an exponential increase in the number of young people and children who have been referred to GIDS in recent years. These referrals and the rise of gender identity ideology in schools and popular culture should not be taken lightly as there are very real consequences associated with these increases.

For example, Stonewall has suggested that despite a 1/3 decrease in HBT (homophobic, biphobic, transphobic) bullying, 84 percent of young people who identify as transgender self-harm, while an additional 45 percent have attempted to take their own lives. Children suffering from gender dysphoria also have higher rates of psychological problems and psychiatric disorders, such as negative self-image, low self-esteem, adjustment disorders, depression, suicidality, and personality disorders compared to other segments of the population.

Moreover, leading experts in the area of psychiatry and paediatrics argue that abundant scientific evidence exists showing that transgender-affirming policies do none of the children they are meant to serve any real or lasting good; that it harms the vast majority of them; and that it leads to catastrophic outcomes for many such afflicted children.

While the Court of Appeal’s judgment deals much more with procedure rather than substance, it still begs the question of why the prescription of puberty blocking drugs and cross-sex hormones to minors is legal at all.

The court acknowledges that it received a large amount of expert submissions regarding the serious, long-term and irreversible harm caused by medical intervention for children to treat gender dysphoria. Furthermore, at paragraph 24 of its judgment, the court notes that GIDS themselves acknowledge these very serious risks associated with the treatment, including potential loss of fertility, long term effects, the possibility of transgender regret, and the lack of evidence of the efficacy of the treatment. More than any of this, Keira Bell herself is a living reminder of how reckless prescribing this path of treatment can be for a young person.

Equally troubling are obstacles being put in the way of practitioners who may fear punishment if they seek to affirm a child in their biological sex because of the Memorandum of Understanding, a loosely worded document which encourages organisations and professional bodies to ban and punish practitioners who seek to realign a person’s biological sex with their feeling of gender identity where the practitioner believes that such alignment is inherently preferable to medical transitioning. This push has gained intensity with the government’s recent undertaking to ban so-called “conversion therapy”, without yet defining what such therapy would entail or what exactly would be banned.

The fact is that our children deserve better than this. The radical growth in gender dysphoria among young people is nothing short of a safeguarding crisis, particularly when one looks more closely at issues such as self-harming, suicidality and transgender regret. The Court of Appeal judgment noted the controversial nature of the debate but decided it was not for them to make any adjudication on the substance of it. We hope that the appeal to the Supreme Court that is now being pursued will settle this matter in the interests of the welfare of the next generation.

In the meantime, the NHS or parliament could do its duty to protect them from long-term and wholly unnecessary harm. How many more Keira Bells will have to suffer in the name of tolerance, when what is really needed is protection rather than affirmation? Just because tolerance is easy, does not make it moral. We can do better and we must do better if we are to do right by the future.