How much are assurances on conversion therapy worth?

Communications Officer Paul Huxley comments on whether we can really trust government assurances that Christian teaching won’t be banned with ‘conversion therapy’.

Last week, a letter signed by 2,500 Christian ministers, warning about the government’s plans to ban ‘conversion therapy’, was taken to 10 Downing Street by its authors.

The authors, including Rev. Dr Matthew Roberts from Trinity Church in York, also met with officials from the Government Equalities Office.

The Telegraph covered the story with the headline Christian teachings to be protected from conversion therapy ban, says Government. At a glance, this is good news; but digging deeper into the assurances leaves me … less assured. 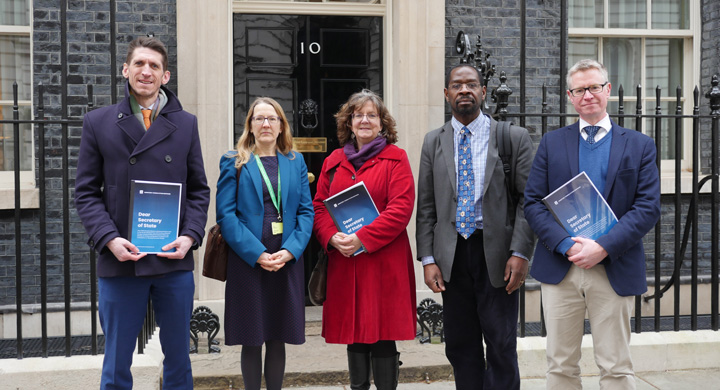 “There is no intention to criminalise Christian teaching”

Dr Roberts is quoted in the article as saying that the government officials were “very, very clear that there is no intention to criminalise Christian teaching.”

So far, so good. But this intention was also clear throughout the government’s proposals, which said “simply expressing the teachings of a religion will not constitute conversion therapy.”

The question is less about what the government intends to do, but about what it does.

Dr Roberts is quoted as saying officials “did not give a straight answer of how religious teaching would be protected under the new laws.”

This is one of the problems with the government’s plans as they stand. The proposals seek to exclude some ordinary Christian practices from the definition of ‘conversion therapy’ but the assurances seem to be based more in hope than in rigorous protections for Christians. The consultation says:

“talking conversion therapy could not be reasonably understood to include communication such as casual conversations, exchanges of views, private prayer or pure speech acts.”

There are two problems with this.

What does the government believe? Are the LGBT activists whose campaigning has led to a ban being ‘unreasonable’? Or is this assurance hollow?

What is the government trying to ban that isn’t already illegal?

Second, if these sorts of activities truly are excluded from the definition of talking conversion therapy, what remains?

As the Telegraph reports:

“Dr Roberts said that when they questioned ‘what actually they were trying to ban that wasn’t already illegal’ during the meeting on Thursday, officials were said to be unable to give a clear answer.”

“But specific examples are not provided of what the government thinks is not covered. And it’s this absence of certainty as to what MUST be covered that merits further investigation, as well as the need to wait for the Case Review to make sure that good care remains protected.”

The rhetoric used to support a ban is completely unmatched by its ability to point to anything ‘abhorrent’ taking place.

The government’s proposals themselves agree that physical attempts at conversion therapy – the kinds of degrading medical interventions sometimes shown on TV – are illegal already. The main new element of a ban is on ‘talking conversion therapy’, which is extremely hard to distinguish from “casual conversations, exchanges of views [and] pure speech acts.”

If someone voluntarily seeks out a counsellor or a therapist with the goal of reducing their same-sex attraction or gender confusion, and the two consensually speak to one another, how is this different from ‘pure speech acts’?

And if these consensual conversations are prohibited, perhaps for not being ‘casual’ enough, what realistic safeguards can there be for ministers or pastoral workers?

What if you don’t believe in gender or ‘orientation’?

Equalities Minister Mike Freer was quoted by the Telegraph in a further attempt to allay concerns:

“This government has no intention to stop parents, clinicians, teachers, or anyone else from having open and explorative conversations with young people or others about their sexual orientation or whether they are transgender or not.

“As minister for equalities, I will not allow these kinds of supportive conversations to be outlawed. It is in no one’s interest.”

So what happens to people – either clients or therapists – who don’t believe that there is such a thing as ‘being’ transgender or having a sexual orientation?

What if a Christian who has struggled with same-sex attraction were to say something like the following:

“I am a man, and whatever other feelings or temptations I sometimes experience, I have been made by God to only pursue sexual relations with a woman – specifically, my wife. Any same-sex attraction I feel is not part of me, or my ‘orientation,’ but my old self. I want treatment that supports me not to change orientation but to live out my true, God-made identity.”

Or a person who is struggling with gender dysphoria:

“God made me a woman, and however much I would like to look or behave like a man, there is no such thing as ‘being transgender’. I want support to live out my real, God-given identity as a woman.”

How could a conversion therapy ban question these Christians’ self-identification as what they truly are?

The government’s proposals rely on ideas like ‘gender’ and ‘orientation’ that are not objectively testable and are in fact, highly questionable. They assume that a person considering this kind of therapy really is, and will always truly be homosexual, heterosexual, transgender or ‘cisgender’ and that valid therapy is just a matter of finding out which, followed by accepting this.

For these and other reasons, the government’s plans in this area are incoherent and probably unworkable.

I’ll leave the final word to Dr Roberts, who told the Telegraph: “It seems that this was virtue signalling from the Government that they thought would be uncontroversial. But unfortunately, it does seem that to some extent the Government has been played by campaigners who have orthodox Christianity in their sights.”