Where did Islam originate?

Everyone knows the traditional story that Muhammad was born and raised in Mecca, and spent most of his life there. Mecca is today the holiest city for Muslims who are obliged to make a pilgrimage there at least once in their lives if physically able to do so. Mecca is home to the kaaba which pilgrims circle around seven times. It is also the Qibla, or direction of prayer for Muslims all over the world. It may come as a surprise, then, to realise that modern historians have raised serious questions about this tradition, and even proposed that Muhammad most likely never even visited Mecca.

Middle Eastern historian, Dan Gibson, has written a ground-breaking book which challenges the traditional location of the birth of Islam. The book Qur’anic Geography has now been followed up with a documentary film The Sacred City which explains his findings. It is important to note that the traditional histories of Muhammad were not written down till some 200 years after Muhammad’s death. This is many generations later and allows for the possibility of some editing along the way.

The plot thickens when we realise that Mecca does not appear on any maps until 900 AD! In fact, the first reference to Mecca in any historical document is not until 741 AD. This alone makes it very unlikely that Mecca was a major trading city. This contrasts sharply with the Qur’anic description of the holy city as “the Mother of Cities” (Q 6:92; Q 42:7), and the traditional histories describing regular trade caravans. Traditional Mecca is described as being in a large valley, with a parallel valley surrounded by mountains, with a high and a low side, with fields, and grapes and trees growing. None of these descriptions match the geography of Mecca which is not in a valley and which is very arid and dry with little or no vegetation. Archaeologists and historians believe that Mecca was a barren place with very little settlement prior to 900 AD.

Gibson then assesses the Qibla of the earliest mosques using satellite imagery to show the direction of prayer. He found that all the earliest Mosques are oriented towards Petra, not Mecca. This photo, for example, shows the Al Aqsa mosque in Jerusalem, just below the arrow indicating the direction of Petra. None of the buildings on the Jerusalem citadel point towards Mecca. 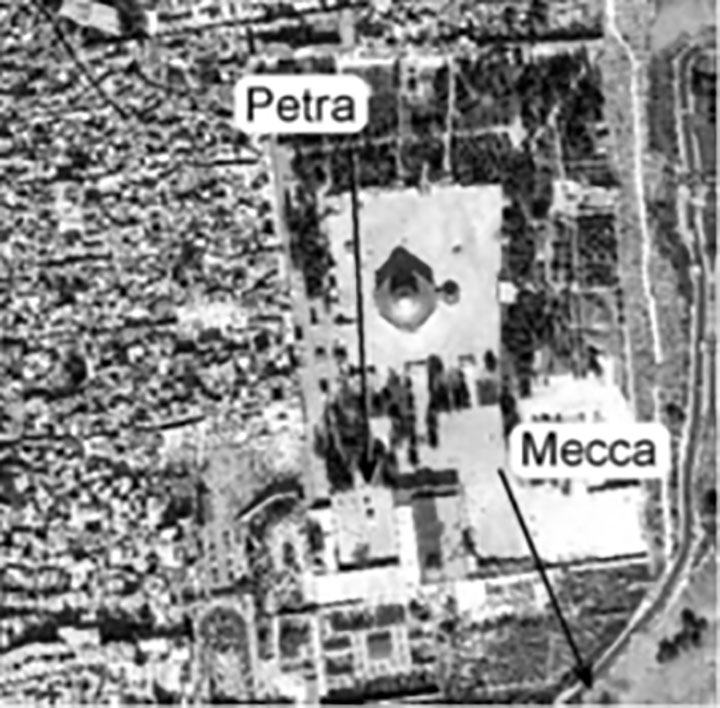 It is not until 724 AD that some Mosques are oriented towards Mecca, and only after 822 AD do all Mosques point towards Mecca. Petra is some 600 miles north of Mecca.

The Qur’an itself acknowledges a change in the direction of the Qibla. It says “The foolish among the people will say, ‘What has turned them away from their qiblah, which they used to face?’” (Q 2:142). So the Qur’an claims that a change in the Qibla took place in Muhammad’s lifetime, and traditionally this is thought to have been from Jerusalem to Mecca. Once again, the earliest copies of the Qur’an are missing this section of Surah 2. The archaeological evidence shows that the change of the Qibla took place many years later, and was not fully accepted till 200 years later.

Petra, by contrast with Mecca, was a major trade centre from early on, and fits all the geographical descriptions in the traditional histories. All the evidence, therefore, points to Petra as the city from which Islam originated. All the evidence, that is, except the evidence of early Islamic literature which contains no mention of Petra at all. How are we to account for this?

We should remember that the traditional histories of Muhammad’s life were not written till some 200 years after his death. By this time, Mecca was established as the Qibla, and it seems that the historians must have deliberately removed all references to Petra and replaced them with Mecca. Just why this happened is not clear, but it may have been because of a massive earthquake which occurred in 713 AD and destroyed Petra. Petra appears to have been abandoned after this time as there are no further records of Petra after this date. People likely thought that Petra was cursed because of this earthquake, so a new spiritual centre for Islam needed to be found. Reformers moved the centre to Mecca and it took some time for this to become established as the place to pray towards.

All this raises serious questions about the historical foundations of Islam. The traditional account can be regarded as demonstrably false. If it has been fabricated in relation to geography, what else has been fabricated? Gibson concludes that the evidence suggests that Muhammad never visited Mecca, and nor did any of the four ‘rightly guided caliphs.’ What else about Muhammad’s story and the origins of Islam is false? 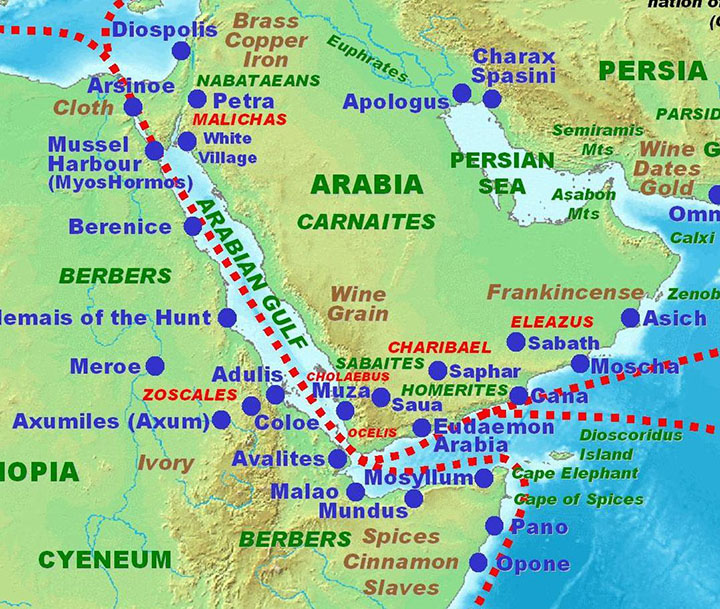