Tell the Scottish Parliament not to make changing gender easier

The Scottish Parliament’s Equality, Civil Justice and Human Rights Committee is currently consulting on the draft Gender Recognition Reform (Scotland) Bill, which the Scottish Government tabled earlier this year. Thus the bill is at the pre-legislative scrutiny stage.

You can either respond to the Short Survey or to the detailed consultation using the online forms. The draft bill can be viewed here. The closing date is Monday 16 May this year.

Our guide to responding refers to the detailed consultation. The text in bold and italics is from the consultation. Please use our suggestions below to write your own response, in your own words. 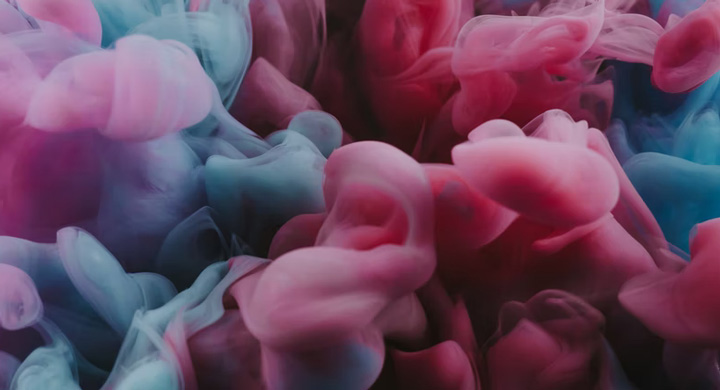 The removal of the requirement for a medical diagnosis of gender dysphoria and supporting medical evidence.

As in all previous consultations on this issue, we contend that the requirement for a medical diagnosis of gender dysphoria and supporting medical evidence needs to be kept. Gender dysphoria is a serious mental condition often linked to other conditions. Removing the requirement for a diagnosis will lead in practice to people with gender confusion not obtaining adequate psychiatric care in other respects. This is because their problems may be assumed at the outset to arise due to lack of gender recognition.

Like everybody else, people suffering from gender confusion have a right to access adequate healthcare. This right will be eroded if the requirement for a medical diagnosis is removed in law.

Provisions enabling applicants to make a statutory declaration that they have lived in the acquired gender for a minimum of three months (rather than the current period of two years) and that they intend to live permanently in their acquired gender.

As in all previous consultations, we do not recommend shortening the minimum time for living in the desired gender from two years to three months. This is especially important in the case of teenagers and young adults, whose bodies and brains are still developing.

There are already growing numbers who regret gender transition and decide to detransition. Reducing the time period down to only three months means that there is very little time to test the stability of the person’s desire to change gender and will only increase the numbers who regret this decision later.

Whether applications should be made to the Registrar General for Scotland instead of the Gender Recognition Panel, a UK Tribunal.

This question is relevant to people living across the UK, not only in Scotland. The reason the Bill proposes that people should apply for permission to change gender to the Registrar General for Scotland is that this would not require a medical diagnosis of gender dysphoria. Such a diagnosis is currently required for applying to the UK Gender Recognition Panel for a Gender Recognition Certificate.

Although the question wording does not make it explicit, this is linked to the problem that Section 8A (2)(b) of the Gender Recognition Reform (Scotland) Bill does not define what is meant by a person being ‘ordinarily resident’ in Scotland. This means that someone could go to live in Scotland and apply at very short notice to obtain a Scottish Gender Recognition Certificate from the Registrar General for Scotland. It is obvious that the lack of definition in the bill leaves the proposals very unclear.

Proposals that applications are to be determined by the Registrar General after a further period of reflection of at least three months.

As we hinted in our comments on the previous question, the Registrar General for Scotland is not suited to handling this matter as he or she has no remit to deal with healthcare and psychiatric or medical matters. The UK Gender Recognition Panel is supposed to have medical representation and therefore is more suited to this role.

In any case, the proposed period of three months of reflection is not enough as it does not make up for the removal of the 2 years of attempting to live in the desired gender. As such it heightens the risk of serious medical complications from gender reassignment treatments (whether on the NHS or from private clinics) going undetected or developing once it is too late, with the possibility of irreversible damage done to applicants.

Whether the minimum age for applicants for obtaining a GRC should be reduced from 18 to 16.

We think it is vital to warn the Scottish Parliament that if the age of gender recognition is lowered below 18, children and young people with undiagnosed or undetected psychiatric disorders as well as Disorders of Sexual Development may be rushed through gender recognition without adequate medical assessment and care. This would constitute medical negligence and a human rights violation.

Puberty is not a disease; it is a perfectly normal, healthy and necessary part of human development for both sexes. Removing the legal requirement for a diagnosis for adults will inevitably lead to calls for it to be removed for those under 18, which will only exacerbate the pathologisation of puberty.

We recommend that the age of gender recognition should not be lowered. Adolescents’ brains are still developing. Late adolescence is a time when many are still vulnerable to the power of suggestion and to peer pressure. Neurologically, the adolescent brain is immature and lacks the adult capacity for risk assessment prior to the early to mid-20’s.

It is deeply concerning that evidence is emerging of early menopause being triggered by removal of the ovaries of young women for the purpose of gender reassignment. Furthermore, this may increase the likelihood of young-onset dementia.

This means the quality of life of young women suffering from gender confusion will be lowered by proposals to make gender recognition easier. The reason is that making gender recognition easier and removing the medical diagnosis requirement is not leading to reducing access to gender reassignment procedures. Rather it seems to go hand in hand with facilitating and speeding up access to them with no medical checks whatsoever.

We believe that the Cass Review of Gender Identity Services for Children and Young People is ongoing and has, despite its attempt to be neutral, already raised serious concerns that should cause the Scottish Government to rethink its commitment to allowing gender recognition for 16-17 year olds.

If you have any comments on the offences of knowingly making a false application or including false information.

We assume that the Scottish Government really means that individuals should somehow be penalised for indicating that they are transgendered when they are not really.

The problem is that as this consultation already proposes to remove the requirement for a medical diagnosis of gender dysphoria, it has no means of proving who genuinely intends to live as a member of the opposite gender for the rest of their lives.

The recent news about some male Scottish prisoners transitioning to live as ‘women’ in prison then detransitioning upon exit should serve as a caution against removing the medical diagnosis requirement here. Clearly the sincerity of some of these prisoners was questionable.

If you have any comments on the removal of powers to introduce a fee.

The fee itself is symbolic of a certain ‘cost’ to the individual and to the rest of society of the procedure of choosing to live in the opposite gender. Therefore it should stay.

If the Bill’s intended policy outcomes could be delivered through other means such as using existing legislation or in another way?

If you have any suggestions for how this Bill could be amended. If so, please provide details.

As we do not support the Bill we do not at this stage recommend any amendments.

Any other comments on the Bill.

There are some points of principle that are worth making here.

If the Scottish Government is to remove the requirement for a medical diagnosis of gender dysphoria, it cannot then justify continued use of Scottish taxpayers’ money to fund gender reassignment procedures on NHS Scotland.